Construction Kicks Off on Epcot's Two OTHER Projects

1. Construction on new space-themed restaurant kicks off in Future World

Last year during the D23 Expo Disney surprised guests by announcing a new space-themed restaurant that would be constructed in Future World. No name or menu details were provided at the time, but Disney did specify that this establishment would have special "windows" that simulate views of the galaxy as diners “travel high above the earth” during their meal.

And though it has been awhile since this initial announcement was made, just a few weeks ago Disney finally began construction on the brand new building that will house this upcoming restaurant, which will be built in a newly developed area between Mission: Space and Test Track. Though it hasn't been explicitly confirmed, given the location of construction walls, it looks like the rumors about Disney attaching this new restaurant to the existing Mission: Space building are true, which means Mission: Space will be evolving into a pavilion style experience that will contain both the Mission: Space attraction as well as this new restaurant, similar to the way other Future World pavilions house both attractions and restaurants. 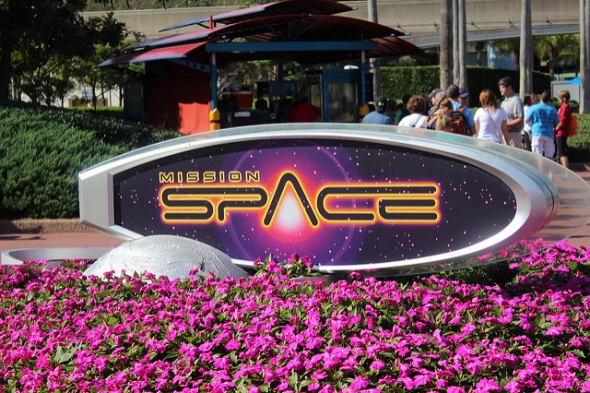 Since construction has only just begun, Disney has not officially announced a target opening date for this new restaurant, which will be operated by the Pantina Group, but if we had to guess we'd imagine a late 2019 opening is being planned, as this will coincide with the opening of Star Wars Land at Disney's Hollywood Studios, and give guests a reason to visit another park during this busy time.