This past weekend saw the opening of a number of limited-time attractions at Walt Disney World as the Incredible Summer promotion at the resort officially kicked off just in time for the Memorial Day holiday weekend. Included among these newly-opened attractions is Donald's Dino-Bash, which is a character attraction at Disney's Animal Kingdom that occupies a large swath of land in DinoLand USA and includes meet and greet spaces for Donald Duck, Daisy Duck, Goofy, Pluto, Chip and Dale, Launchpad McQuack, and Scrooge McDuck. In addition, special dance parties are held every afternoon and evening in this area as well. And though this all might seem pretty straightforward, there are a couple of things you might not know about this newly-opened attraction

1. This new attraction will be permanent 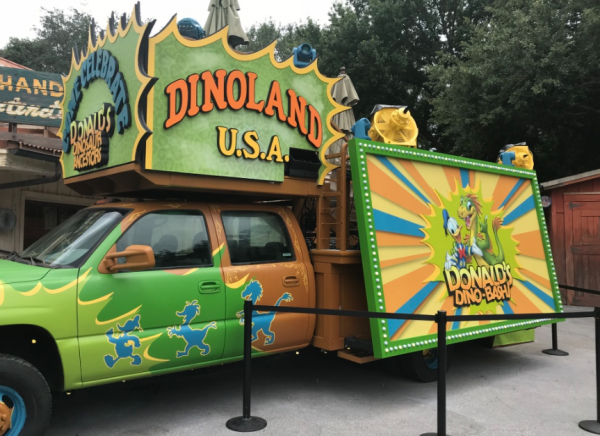 Though this attraction was initially planned to be a limited-time offering, it was quietly confirmed recently that Donald's Dino-Bash will actually be sticking around indefinitely, which means the next time you visit this park, you'll definitely encounter this new attraction in DinoLand USA. and speaking of...

2. This will be the new character hub for this park 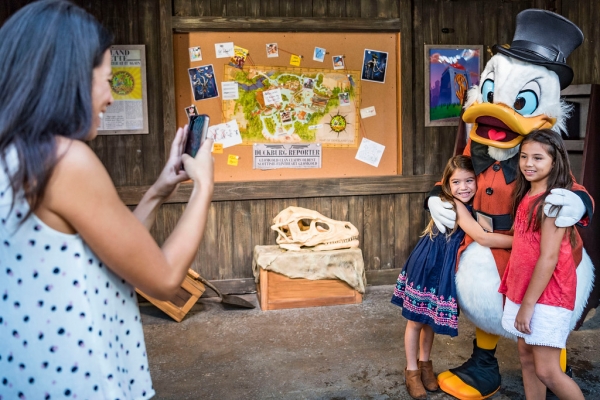 Image: Disney
Because this attraction was not always intended to be permanent, guests who visit Donald's Dino-Bash may notice that it is a bit spread out, with meet and greets stationed all the way from Restaurantasaurus through to where Chester and Hester's Dino-Rama is. However, even though this new area isn't particularly organized, this is now the new character hub for this park, with Disney making room for this new attraction by getting rid of the following characters in other areas around the park:

It is possible that we could see these characters return in the future, but for now the majority character interactions in this park seem to be clustered in this new area.