Though it had been rumored for awhile, it was confirmed last week that Star Wars: Galaxy's Edge will be entering its final phases of construction soon, and is on track to open in late 2019 at Disney's Hollywood Studios, which means we are just over a year away form the debut of what could be the biggest opening of all time at Walt Disney World! And while this is certainly very exciting, there is still a lot that we don't know about this new land.

Fortunately, over the weekend Disney's Hollywood Studios played host to another edition of Star Wars: Galactic Nights, and Disney used this upcharge experience to present some additional details about what guests can expect when they enter this new land next year.

Welcome to the Black Spire Outpost on Batuu 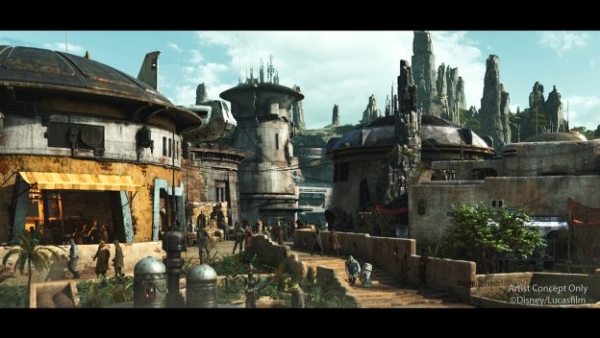 When guests enter this new land, they will actually be visiting a village called Black Spire Outpost. This village is closely associated with the geological formations that surround it, as you might have guessed from the name, and is the largest settlement on the planet Batuu. Apparently the name was inspired by the petrified remains of this village's once towering ancient trees, which now appear as spires that stand guard across the river valleys and plains and capture the imagination of travelers to this planet. To the first settlers, these petrified spires became more than just landmarks; they became the heart of the outpost itself. 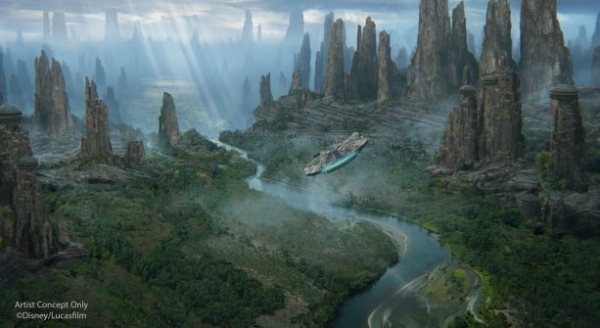 Of course, the Black Spire Outpost is an infamous stop for traders, adventurers, and smugglers traveling around the Outer Rim and Wild Space, and is a haven for the galaxy’s most colorful — and notorious — characters, which might explain how guests could potentially run into some familiar faces in this new land. And speaking of familiar things guests will find in this new land...