This week at Walt Disney World, an accident takes a float out of commission at the Magic Kingdom, a popular eatery tones down some of its more fun elements, plus Disney confirms some interesting details about an upcoming project at Epcot!

1. Maleficent suffers a breakdown at Festival of Fantasy

Earlier this week the steampunk-inspired Maleficent float suffered a malfunction in the Liberty Square area of the Magic Kingdom that caused some of the structure to catch on fire. Fortunately no one was hurt and the flames were quickly doused, but it looks like some of the parade float structure was damaged in the blaze. As a result, the Maleficent float is not appearing in the parade, and has been replaced by the gazebo float from the Easter parade, which now features Aurora and Prince Phillip dancing.

2. Whispering Canyon Cafe tones it down 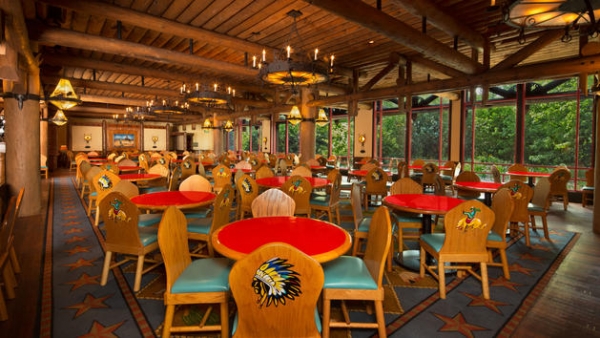 Much like the '50s Prime-Time Cafe and the Skipper Canteen, the Whispering Canyon Cafe is a restaurant at Walt Disney World where guests have more than a meal, they have an experience. However, it looks like Disney is trying to pull back on some of the practical jokes and fun surprises at this location, as it has been confirmed that Disney is converting this restaurant into a more traditional experience without some of the fun guests who previously visited this location enjoyed. Though we don't have specifics about what has been cut, let's just say that the next time you ask for ketchup, you'll only get one bottle, and single refills will be given when requested.

Toy Story Mania has been running at reduced capacity for the past few weeks as Disney has been preparing this attraction for the opening of Toy Story Land on June 30th. In the run-up to this opening, Toy Story Mania will return full capacity on May 20th, with all three tracks becoming available following queue reconfiguration work. However, just a few days later this attraction will go down for a full closure beginning June 11 through to June 18, with a reopening to guests on June 19 2018. When it reopens, the entrance will remain in Pixar Place until the official opening of Toy Story Land later that month.