Last year during the D23 Expo Disney surprised guests by announcing a new space-themed restaurant that would be constructed in Future World. No name or location details were provided at the time, but Disney did specify that this establishment would have special "windows" that simulate views of the galaxy as diners “travel high above the earth” during their meal.

Interestingly, almost a year has passed since this initial announcement and no developments regarding this project have been shared in the months since, leading some to speculate that this project could have been quietly cancelled, like the Main Street Theater at the Magic Kingdom. However, Disney has shot these rumors down, and have confirmed that not only is this project still in development, but also some key new information about what to expect as well!

This new restaurant will have its own building in between Mission: Space and Test Track

The rumor mill went into overdrive when this project was first announced, with many wondering if this new dining establishment would be taking over an old corporate lounge, part of the former Wonders of Life building, or something else. And now it has been confirmed that Disney is going with the latter, as this restaurant will occupy a brand new building that will be constructed on a newly developed area between Mission: Space and Test Track.

Though we don't know exactly what form this new structure will take, we'd imagine that Disney will find a way to conjoin this new restaurant with Mission: Space to create a pavilion style experience that contains both the attraction and the restaurant, sort of like The Seas With Nemo and Friends or The Land. Walking in between Mission: Space and Test Track, there's not a lot of space for a large restaurant entrance, so it would make sense for Disney to perhaps do some refurbishment work on the Mission: Space between now and the opening of this new dining establishment building to make room for a seamless transition between the ride's post show area, gift shop, and the restaurant.

The Patina Group will be operating the restaurant 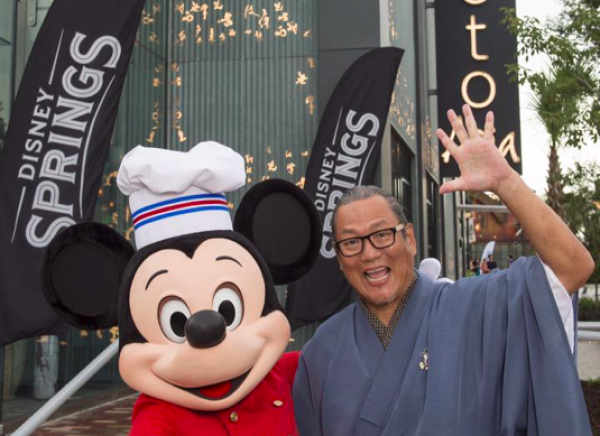 In addition to the placement of this upcoming eatery, it was also confirmed this week that this new restaurant will be operated by the Patina Group, which is a name many Disney fans will find familiar, as they operate several restaurants in the World Showcase including Tutto Italia and Via Napoli, as well as Morimoto Asia, The Edison, and Maria and Enzo’s at Disney Springs.

Of course, even though we now know what company will be supplying the service, one big question that still remains is what kind of food will be served here. And unfortunately, we'll have to keep waiting for an answer for that. We'd imagine Disney will work with Patina to dream up some "futuristic" dishes that will put some interesting twists on modern fare, but since Disney has not even started constructing this new location, it is unfortunately a bit premature to start talking about menu items. And speaking of premature...