Back in 2015, news broke just before Christmas that Universal had purchased a 450-acre property known as the Sand Lake Road complex near Universal Blvd. At the time this property was the largest undeveloped area in the I-Drive tourism area, and with a location just a few minutes from Universal Orlando Resorts' theme parks, many assumed that this land purchase was setting the stage for Universal Orlando Resort to expand in a real way with new parks, hotels and more. 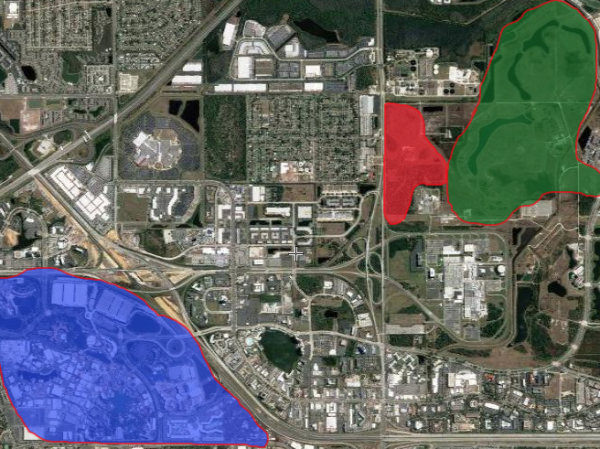 However, things were quiet until last year, when Universal Orlando Resort owner Comcast purchased 100 more acres of land off of Sand Lake Road, adding more land to the aforementioned 450 acres of land that was purchased in 2015, bringing their total land ownership (spread across several parcels) in this new area up to nearly 600 acres, and nearly doubling Universal's current land.

And though it seemed that Universal was getting everything together for its big not-so-secret-expansion, another year passed and no announcement was made. However, it looks like we finally may be seeing some traction on this project, thanks to a new legal development and some well-timed local news reports

According to the Orlando Business Journal, Universal has settled a lawsuit with Georgia developer Stan Thomas, which was apparently behind the delay in development on this massive 3-year land purchase. Though details of the lawsuit settlement were not made public, Universal’s lead attorney in the case reportedly told the judge that “two large theme parks” could be developed on the land, which is of course what has been rumored, but never confirmed. And now, there's something else to consider too...