In this month's character update, a trio of characters move into Toy Story Land, two departures are set for the Magic Kingdom, plus a casting listing gives us some insight into a new experience coming to Epcot this summer.

1. Jessie moves into Toy Story Land, along with Buzz and Woody 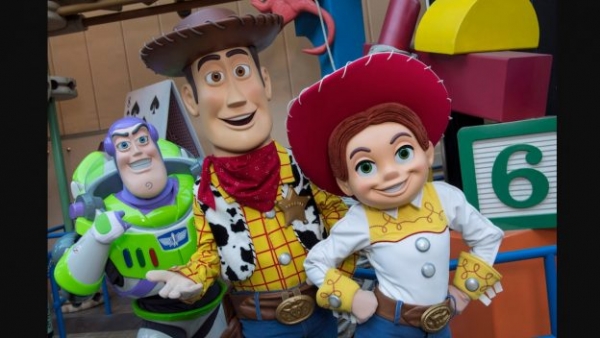 Though Jessie has been MIA from the character meet and greet scene for some time, it looks like this character will be joining Buzz Lightyear and Woody when Toy Story Land opens on June 30th. However, instead of having a specific spot where they meet guests (like Woody and Buzz do now in the Pixar Place area of the park) it looks like these characters will be wandering around Toy Story Land, meeting with guests who visit throughout the day.

Last April a new original character named iCan began meeting with guests. This roaming "robot" was equipped with a chest mounted video and display and extensive on-board sound effects and music and interacted with guests periodically throughout the day. However, nearly a year exactly after this character made its debut, he will be leaving Tomorrowland on April 7, 2017. Though no official reason was given for why this character is being removed, considering the date we'd guess that this was a contract tryout,and since iCan was never really that popular, Disney opted not to renew the contract. You can see this character in action above.