Though the most recent refurbishment of Pirates of the Caribbean wasn't exactly the most lengthy (the attraction was closed for less than a month!) when it was announced it became quite the controversial flashpoint last year thanks to Disney confirmation that they would be removing the "We Wants the Redhead" scene and replacing it with something a bit more family friendly.

Fan reaction to this change was extreme on both sides, but now that the attraction is officially back in action, here are all the changes you need to know about!

1. Stolen chickens (and rum!) are now for sale in this reimagined scene 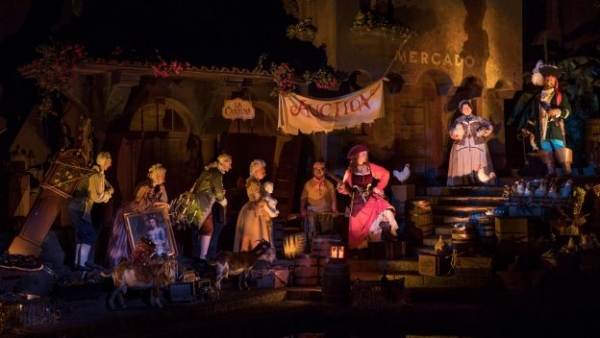 As mentioned previously, the scene auctioning off women is gone, and now it looks like the Pirates of the Caribbean are instead auctioning off stolen goods, including some chickens, who apparently are very good at producing eggs. After a male pirate describes the chickens, the newly-imagined Redhead, now known as "Redd" interrupts the proceedings, as she has some run to sell, and believes the alcohol might be a little bit more of an enticing sell, rather than some old chickens.

You can check out a video of this new segment of the attraction here. As you might be able to tell, the animatronic redhead has been completely replaced (more on that in a moment), and the dialogue in the scene has been re-recorded. Unfortunately, that means that all of the classic lines in this scene said by the original voice actors can no longer be heard, which isn't much of a surprise, but some were hoping some snippets of the original dialogue that don't pertain to selling or buying women might remain in the reimagined scene. But sadly, that didn't happen, and it seems the original voices of these characters have been lost to time.

2. From the heart of the jungle to the Caribbean? 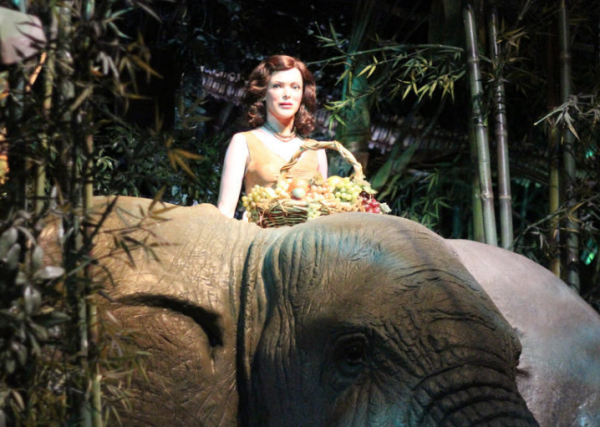 Because of the demands of the new scene, the animatronic for the original redhead had to be replaced. However, continuing Disney's trend of recycling animatronics, you might actually recognize the redhead from one of her previous forms. According to unverified reports, the animatronic that is now in use at the Pirates of the Caribbean attraction is either identical to (or comes from the same mold as) the former Jane animatronic that was used in the Tarzan sequence in the Great Movie Ride at Disney's Hollywood Studios. Though we have no way of knowing for certain if this is true, the resemblance between the two is pretty striking, and we wouldn't be surprised if Jane has indeed found a new job as part of a pirate motley crew.