Though we recently took a look at some low-key changes at Epcot that might have flown under the radar for most guests, there are also some small changes happening right now at Disney's Animal Kingdom that you might not immediately notice either. From an interesting cut at Pandora - The World of Avatar to some food and beverage changes, here's everything going on at this park that you might have missed!

1. Live entertainment at Pandora - The World of Avatar gets downsized 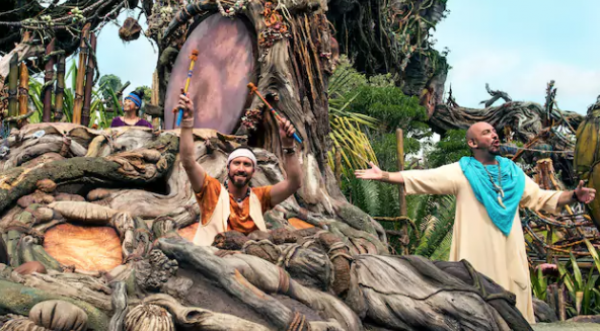 Though the two new rides are the biggest attractions at Pandora - The World of Avatar, Disney has done a great job of creating a realistic "atmosphere" for this new land, not just through the expertly created environment, but also with a fun show that celebrates the history of Pandora. Known as the Swotu Wayä Na'vi Drum Ceremony, this entertainment offering is available throughout the day and helps introduce people to the world of Pandora - The World of Avatar through song, dance, and of course, plenty of audience participation.

However, several weeks ago this show went dark, and when it came back a few days ago over five minutes of the show was cut, and some of the dialogue explaining the history of the land has been cut. It is unknown why these changes were made, but we'd guess Disney likely wanted to add showtimes as crowds continue to swell ahead of spring break, and having this entertainment option is a great way to keep crowds occupied (and hopefully out of line for Avatar - Flight of Passage). 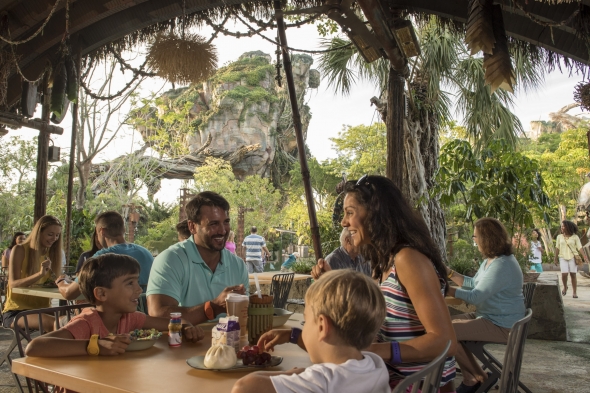 Though Disney has tried hard to make every corner of Pandora - The World of Avatar feel otherworldly, it looks like some changes are being made to the menu around Pandora to make things feel a bit more like planet Earth. For instance, at the Pongu Pongu stack stop, recent menu items like the Moara Coffee Cake, having been removed and replaced with the more familiar Colossal Pretzel with Cheese Sauce.

In addition to the above change, the Satu'li Canteen quick service restaurant has added a massive new item that allows guests to forego building their own bowls, instead giving them the ability to order 4 proteins, 4 drinks, and a sampling of all of the bases and sauces for $74.99. Including the drinks makes this dish work out to roughly the same price as just ordering the bowls and drinks (depending on which proteins you select), but the benefit here is that guests can sit and wait at a table while a Cast Member brings them this ginormous platter, and if you have a big family this could be a good option.

I can’t imagine anyone not enjoying Flight of Passage. It doesn’t have spinning like Mission: Space or drops like a roller coaster, so there’s nothing scary about it, and it involves less motion than Kilimanjaro Safaris or Dinosaur. Who exactly is complaining?