Here's When Toy Story Land Will Finally be Open

Ever since its official announcement back in 2015, fans have been skeptical of Disney’s plans to bring Toy Story Land to life at Disney's Hollywood Studios. However, Disney has faced skepticism in the past and exceeded expectations before (most recently with Pandora - The World of Avatar), so hopes are high that this new land will be a nice addition to the park, even if plans for this new area aren't as expansive as those for the neighboring Star Wars: Galaxy's Edge land.

Though construction is almost complete on this new land, Disney surprised fans this week by announcing that they will be waiting until mid-summer to officially open this new land, naming June 30th as the grand opening of Toy Story Land at Disney's Hollywood Studios. 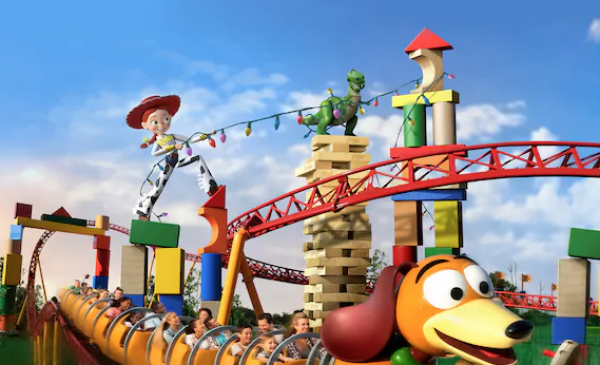 This was definitely an interesting development, as Memorial Day Weekend was previously the most likely candidate for the opening of this new land, and it seems strange that Disney would wait until the "peak" summer season was half over before opening Toy Story Land. However, some recently released concept art might provide a clue as to why this wait is so long... 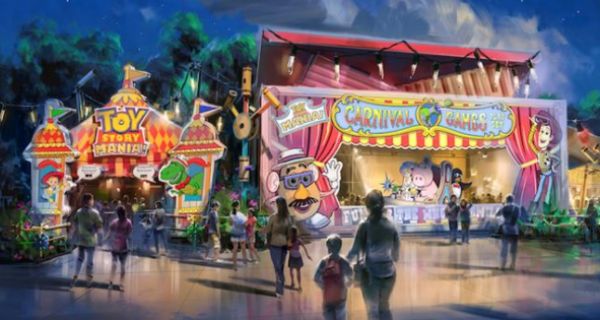 Though Slinky Dog Dash has completed construction and the last few finishing touches are being put on the Alien Swirling Saucers attraction, it looks like the bulk of the remaining work that needs to be done on this upcoming land is on the new entrance for Toy Story Midway Mania, as can be seen in the new concept art above. And interestingly, it looks like Disney is officially shortening the name to Toy Story Mania in the new signage, a change that had been made previously online, but not on the attraction entrance.

As you can also see, in addition to the new(ish) name, the entrance is being completely re-imagined, with a large box-style display on the right side showcasing the ride vehicle and the actual entryway off to the left under a carnival-style tent.

Because this new entrance is being constructed at the back of the existing attraction on the Toy Story Land side, the current entrance, including the Pixar place walkway that surrounds it will become off-limits to guests once Toy Story Land opens, potentially to become part of an additional connection to Star Wars: Galaxy's Edge.