One of the most surprising announcements out of last year's D23 Expo was the confirmation that Disney was building a brand new entertainment venue on Main Street USA. Based on the iconic Willis Wood theater that existed in 1920s Kansas City, where Walt Disney lived after he left his hometown of Marceline, this historic recreation was all set to be be built in what is currently the backstage bypass area between Main Street U.S.A. and Tomorrowland.

Shortly after the initial announcement was made about this project, official permits were filed, and preliminary construction began late last year, continuing into the early days of 2018. However, it looks like there has been a major development regarding the future of this project...

Sources reveal The Magic Kingdom theater project has been cancelled 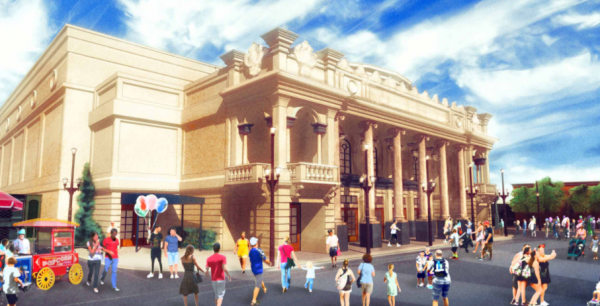 According to WDWMagic, preliminary work on the Magic Kingdom theater project has been completely halted over the past few days, and is now unofficially shut down. In addition, unverified reports have surfaced saying that staging and fencing have been pulled down over the past few days around where vertical construction would have begun, seemingly confirming this rumor. Right now, Disney has not made any official announcements regarding the cancellation of this project, but sources familiar with the situation are saying that the end of this project has come very quickly, and Disney may be still be working out how to confirm the cancellation of this attraction.

Why did this happen? 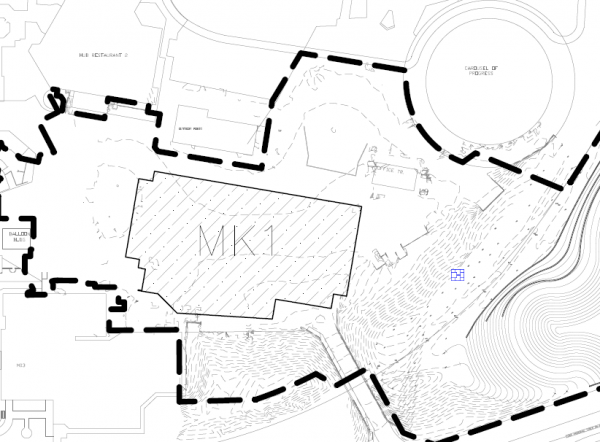 Though there's no real way to know why Disney cancelled such a high-profile project with virtually no warning after preliminary construction had already begun, we'd guess that there is some kind of budget issue behind the sudden death of this project. While its doubtful that a performing arts venue broke the budget all by itself, with so many projects going on right now, including the construction of Star Wars: Galaxy's Edge, Mickey and Minnie's Runaway Railway, The Guardians of the Galaxy Roller Coaster, the Tron Roller Coaster, Ratatouille, and more, it could be that Disney decided to cut something from the lineup, and unfortunately the Magic Kingdom theater was the easiest to halt construction and development on since preliminary work had just gotten underway a few months ago. And though Ratatouille and Tron are in the same preliminary stage of construction as well, it could be argued that these IP-focused rides are more valuable to their respective parks, and perhaps more importantly, will cost less to run once they are open then a performing arts venue, which would have required substantial investment, not only for show development, but also for the dozens of actors, stage managers, techs, etc., who would be needed to run a Broadway-style show.