Over the past five years Disney has been periodically refurbishing its monorail system, making improvements to the driving system and cleaning up the interior. However, the actual monorail cars themselves have remained virtually unchanged for the past thirty years, which is kind of amazing as Disney has been heavily investing in attractions and transportation, even going as far to install a new Gondola-based transportation system, rumored to be opening in a year.

However, though Disney has been spending money like crazy elsewhere, it looks like they have not been investing as heavily in updating their aging monorail fleet, as a number of incidents have occurred in the last few months that have many people asking if the monorail system is even safe to ride anymore.

Monorail doors remain open during a ride to Epcot

Monorail red is not having a good day and I'm having a panic attack. #disney #monorail #thisisfine #callmaintenance

The most recent incident involving the monorail occurred just a few days ago, when Monorail Red took off from the Transportation and Ticket Center and the doors on one of the cabs somehow came open during the ride. You can see in the video above (posted originally to Instagram by user @abbieprimeknits) guests sitting and holding on to the rails while the monorail continues to move with the doors open.

This is especially troubling, not only for the obvious safety hazard of travelling so high above the ground at a high rate of speed with the doors open, but also because the Walt Disney World monorails are supposed to have special sensors installed that signal the pilot if any of the doors are not closed. However, this video shows that not only did those safety systems did not engage at all, but no failsafes were working either, as the mechanism that halts the train in the event of an issue did not trigger. 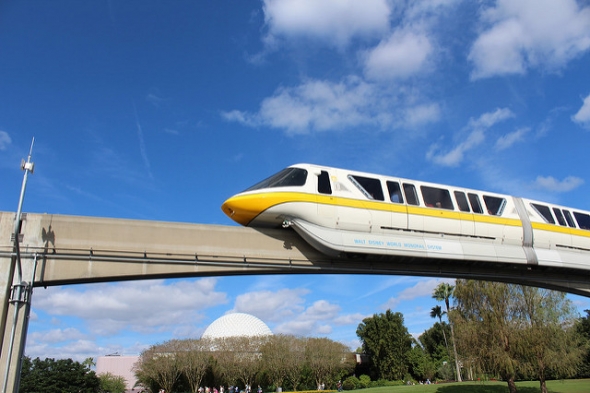 And while some might want to chalk this incident up to an unfortunate accident, this isn’t the first time a serious safety hazard has been uncovered by guests riding the monorail in the last few months.  Back in June 2017 Monorail Blue had to be evacuated when a piece of the train actually fell off while it was in motion (also en route to Epcot). The piece of the train was actually picked up by a guest, who said that the falling debris missed his head by just a few feet. Though the monorail system was shut down for a brief period following this incident, it returned to full service later in the day.

@WESH this just flew off the monorail at epcot pic.twitter.com/WCzh1Z9sKQ

With two serious incidents happening with the Walt Disney World monorail in less than a year, questions are being raised about the safety of the monorail systems at Walt Disney World, and many are wondering what Disney might be able to do to stop incidents like these from occurring.

Disney is reactive not proactive. They will hold on the that dollar as long as they can at the cost of others.