The Hall of Presidents is Now Open. Here's What's New

As you might already know by now, The Hall of Presidents officially went down for refurbishment on January 17th, and while Disney originally planned to reopen this attraction six months later on June 30th, the attraction stayed closed for several more months, with Disney delaying the reopening of this attraction with no official reopening target announced other than TBA on the official attraction website, leading many to speculate that Disney would not be reopening this attraction until 2018.

However, seemingly against all odds, the Hall of Presidents is open once again as of December 19th, 2017. And it looks like a LOT of changes have been made to this attraction, including the obvious which we'll get to first...

1. President Trump's animatronic has made his debut and has a speaking role 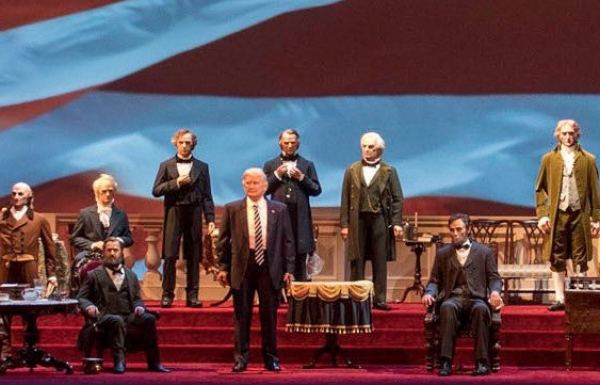 One of the biggest question marks surrounding this refurbishment was whether or not President Trump would make the customary speech as part of this attraction, as rumors swirled about clashes between President Trump's team and representatives from Disney about the content of the speech. Of course, Disney refuted this report, and while we'll probably never know what really happened behind the scenes, Trump does of course appear in the updated Hall of Presidents, and does deliver a short speech after a re-recording of the oath of office, which is as follows:

From the beginning, America has been a nation defined by its people. At our founding it was the American people who rose up to defend our freedoms and win our independence. It is why our founders began our great Constitution, with three very simple words: We The People. Since that moment, each generation of Americans has taken its place at the defense of our freedom, our flag and our nation under God. These are the achievements of the American spirit, the spirit of a people who've fought and died to bring the blessing of liberty to all our people. Above all to be American is to be an optimist, to believe that we can always do better and that the best days of our nation are still ahead of us. It's a privilege to serve as the President of the United States. To stand here among so many great leaders of our past, and to work on behalf of the American people. 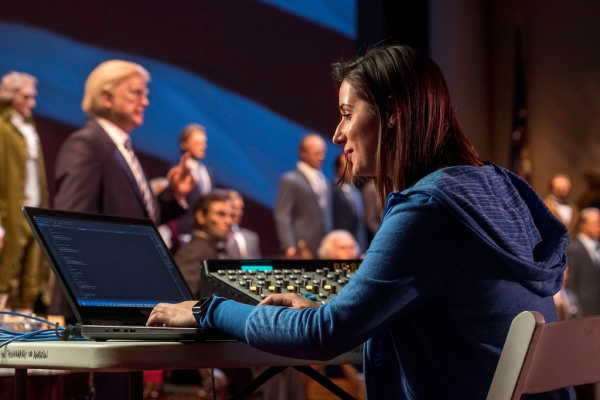 You can check out a video of this new speech here.

Hmmm...enhanced security needed. I do not remember hearing about enhanced security after the previous president was added. Seems like the supporters of President Trump are not the dangerous and unbalanced ones.

Maybe I’ll check out the next version in 2021