Change is constant at Walt Disney World, and for this summer's update on all of the big changes happening around the resort we take a look at big changes coming to the resort in the coming years, including the addition of elevated gondolas connecting Epcot and Disney's Hollywood Studios, and the addition of new lands in 2018 and 2019.

In this winter's update, we take a look at the infusion of characters into every corner of Epcot, some recently filed permits, plus the delay of the long-awaited Walt Disney World debut of Club 33.

11. The World Showcase gets a character infusion 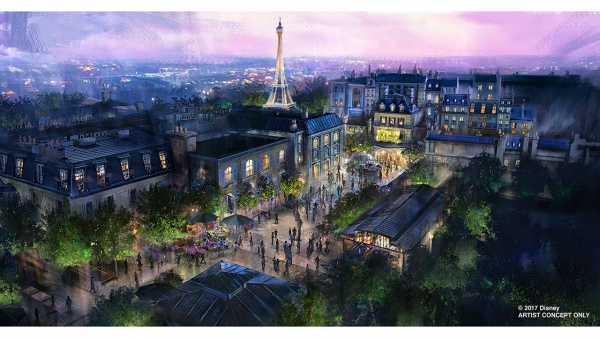 Though the World Showcase was free of character-based rides until the 2016 opening of Frozen Ever After, the runaway success of this attraction has changed the course of this area of Epcot forever. In summer 2017 it was confirmed thatt Disney was planning on cloning one of the most popular attractions at the Disneyland Paris Resort and briging it to Epcot: the Ratatouille: L'Aventure Totalement Toquée de Rémy ride.While Ratatouille hasn’t exactly had the cultural relevance that other Pixar films like Toy Story or Up have had in the past decade, this addition does make sense in the context of the France pavilion, and since the attraction already exists at the Disneyland Paris Resort, Disney is likely thinking they save time and money by building a copy of a pre-existing attraction here. Backstage clearing started in 2017 and construction permits for an all-new show building at the back of the France pavilion have been filed, indicating that work will get underway in 2018.

And although currently unconfirmed, it looks like the other pre-existing ride at the World Showcase could be changing soon as well. Though fans love the Gran Fiesta Tour, this attraction in the Mexico pavilion hasn't exactly been the most popular over the years, and with the recent success of Pixar film Coco, well-placed sources seem to indicate that it is only a matter of time before this ride gets reimagined as well, with a new set of characters. And speaking of reimagining...

10. Future World gets reimagined as well... 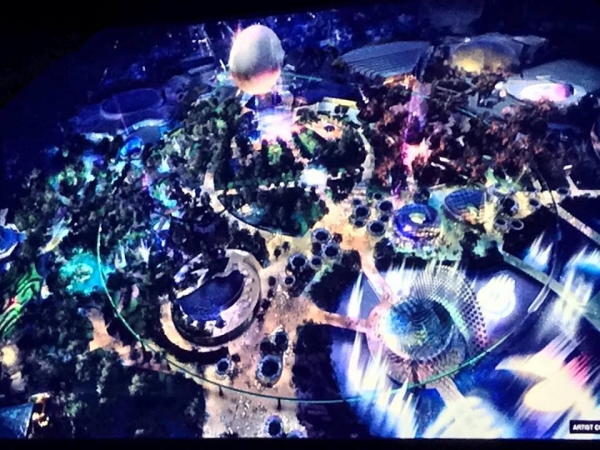 After months of speculation, Disney unveiled a new vision for Epcot's Future World in 2017 which will bring a lot of changes to this area of the park, including the addition of an all-new Guardians of the Galaxy attraction in the former Universe of Energy building. Disney has said that this franchise makes for a good addition to Epcot’s Future World because it gives guests the chance to experience the excitement and adventure offered by space travel.

It was finally confirmed during the Epcot 35th anniversary that this attraction would indeed be a roller coaster. But if you were expecting the next Space Mountain, you'd actually be quite wrong as this new attraction will be on a scale never before attempted at a Disney park.

According to WDWMagic, Disney is still going to repurpose much of the original Universe of Energy building, but as just queue and pre-show space for this new attraction, which will actually occupy a new building which will be constructed in the space currently occupied by the defunct Wonders of Life pavilion, which has been mostly abandoned for nearly two decades. Now while you may wonder how a single attraction can occupy two buildings, it looks like there will be some clever Imagineering here, as there will be a "launch tube" of some sort which will catapult guests from the first building into the second, kind of like on the Rock 'n' Roller Coaster.

In addition to the Guardians of the Galaxy attraction, Future World is also getting a new dining location that will bring guests out of this world. Though it doesn’t have a name yet, this new dining establishment will be located adjacent to the Mission: Space attraction and will have special "windows" that simulate views of the galaxy as diners “travel high above the earth” during their meal. No details on the menu have been released, but we do know this new restaurant will be operated by Patina Restaurant Group, which already operates nine dining locations at Disney parks, including Morimoto Asia and Tutto Italia.