Though we’ve known for several months that Star Tours was going to get an update this week that would bring a new destination related to Star Wars: The Last Jedi, we were surprised yesterday when several additional changes to this attraction made their debut as well, including one that hints at the future of Disney’s Hollywood Studios. But first, let’s get the obvious out of the way.

Note: We will be discussing specific new ride elements of Star Tours (beyond what was revealed in promotional images) in depth. If you want to experience this attraction completely unspoiled, turn back now!

Coordinates are locked on Jakku and Crait 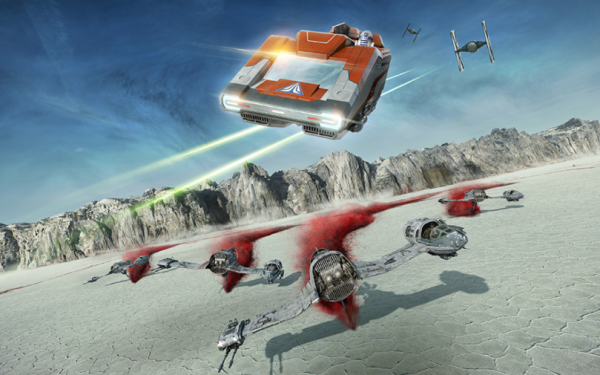 The first destination for guests when they board Star Tours beginning this week will be the familiar Jakku sequence added when Star Wars: The Force Awakens opened in theaters back in 2015, and then after this initial location, guests will travel to the new planet of Crait, where some kind of battle is happening. Fighter pilot Poe Dameron enlists the help of Star Tours to help beat back AT-ATs commanded by the evil General Hux, who also makes an appearance during this section.

This new segment is definitely thrilling, and makes some fun use of the ride’s 3D capabilities. However, though this may be the second destination, guests may be surprised to learn that the ride doesn’t end here…

Your adventure will end in Star Wars Land 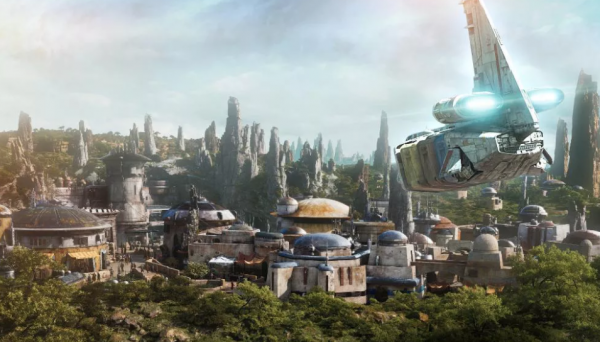 After guests make the jump to hyperspace from Crait, they will visit a brand new planet named Batuu, which may look a little bit familiar to those who have been following the development of Star Wars Land. This new planet is actually the new planet where Star Wars: Galaxy’s Edge will be set, allowing guests who board this attraction an advance look at this new land.

However, beyond this fun little tie in, landing at this new planet will also hopefully provide an important link between Star Tours and Star Wars: Galaxy’s Edge, which are in different areas of Disney's Hollywood Studios. At the end of the ride, C-3PO says guests’ adventures are just beginning, and while there’s no way to continue a Star Wars Adventure inside this new land quite yet, some have speculated that Disney may be trying to build a physical link of some sort that could connect the exit of Star Tours to this new land, allowing guests to “fly” to this new land via Star Tours instead of just walking in. Not only would this help explain how Star Tours can exist in a different area of the park, but it also could provide this new land with another entry point, which could help with traffic in this sure-to-be-crowded area when it opens next year.

And though we’re really excited about this latest sneak peek at Star Wars: Galaxy’s Edge, there’s something else new about this ride that longtime Star Tours fans may be pleasantly surprised about.