Outside Walt Disney World, Universal confirmes the first stage of its massive expansion plan and SeaWorld gets some bad news.

1. Flurry of Fun kicks off at Disney's Hollywood Studios

The holiday season officially kicked off at Walt Disney World, and in addition to the first night of Mickey's Very Merry Christmas Party at the Magic Kingdom, this week also brought the new Flurry of Fun event to Disney's Hollywood Studios as well. This limited-time event will feature several new entertainment options, including:

It has been more than a year since Disney began seasonal operation for Stitch's Great Escape, and ever since that announcement was made, this attraction has been on deathwatch, as Disney has  a history of making attractions “seasonal” before closing them forever. However, against all odds Stitch's Great Escape has come back a number of times over the past year, sometimes for several weeks at a time.

Most recently, this attraction morphed into Stitch's Alien Encounter Character Greeting, which has allowed guests to meet the full-sized character in the front "holding area" of this attraction. And though we thought this might finally signal the end of this attraction, like the Christmas present you didn't really want, the original Stitch's Great Escape has been confirmed to be coming back, reopening on December 23rd, 2017, and operating daily through January 6th, 2018 from 10:00 AM to 6:00 PM.

3. Pirates of the Caribbean refurbishment set for early 2018 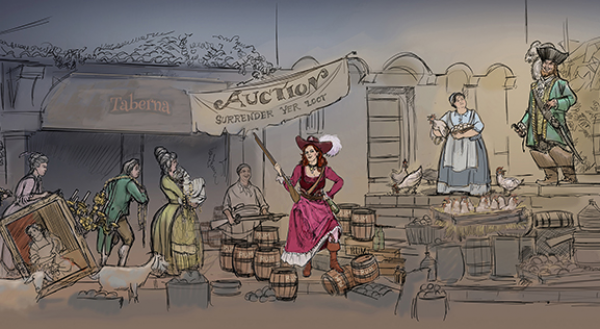 Disney has confirmed that Pirates of the Caribbean will be closing on February 26th of next year so that changes can be made to the controversial redhead scene. The attraction will then reopen less than a month later on March 19th, 2018 with the altered scene. You can read more about this change here.