The First Stage of Universal’s Expansion Has Finally Been Confirmed

Though we’ve known for almost two years that Universal has big expansion plans that include building new theme parks, shopping centers, and hotels, the theme park giant has been silent about their plans for the future, declining to comment on land purchases and permit filings, which clearly indicate the resort’s plans for the future.

However, as fans of Universal eagerly await some big news from this resort, at least one part of the resort’s expansion masterplan was confirmed earlier this week. And it’s actually one that fans have known about since 2015…

Giant hotel complex confirmed to be coming to I-Drive 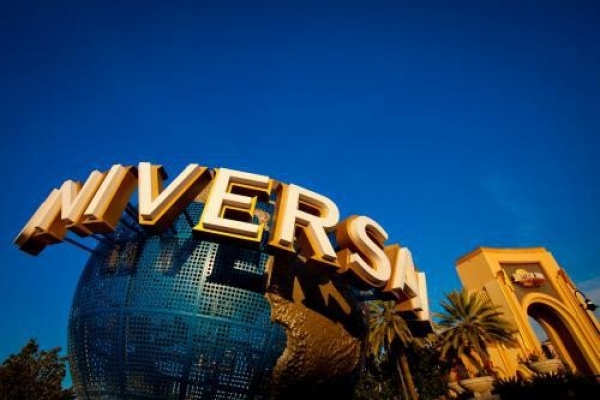 When it was announced two years ago that Wet ‘n Wild was going to close for good at the end of 2016, many wondered what Universal’s motivation for closing this historic water park were. Many believed that Universal didn’t want this water park competing with the then just-announced Volcano Bay, which would open in 2017. However, several inside sources revealed that the main motivation behind this closure was to clear the land across from the current Universal Orlando Resort on the International Drive side to make way for massive hotels. And now it looks like these whispers were right.

Earlier this week, Universal confirmed that it would be opening not just one but two new hotels on the massive 52-acre plot that was formerly occupied by the water park, making these the seventh and eighth on-site hotels at the resort. These two new properties will add a combined total of 2,800 rooms to Universal Orlando Resort, with the lion’s share going to a huge 2,050-room resort on one side of Universal Boulevard and another 750-room resort across the street. The hotels will begin taking reservation in early 2018, and will push Universal Orlando Resort's entire room inventory to 9,000, (including the addition of the 600-room Aventura Hotel opening in August 2018). For those keeping score at home, that means that Universal will have roughly 1/3 of the rooms available at rival Walt Disney World. 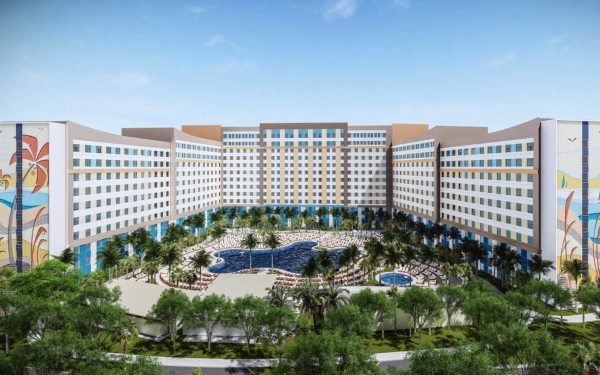 Interestingly, even though these hotels will technically be across the street from Universal Orlando Resort, guests who stay at these new hotels will be able to enjoy all of the benefits that come with staying at a Universal Orlando Resort hotel, including early park admission and bus service. However, while these perks sound great, no mention has been made of the popular Express Pass service, which has typically been included with moderate resort stays. However, such a perk has not been confirmed, and we think we know why….