This month's refurbishment update includes refurbishments at the Magic Kingodm, Disney's Animal Kingdom, a curious closure at Disney's BoardWalk Inn, plus a restaurant refurbishment that was announced earlier this year that some may have forgotten about!

Though Splash Mountain is currently closed for an extensive fall refurbishment, it looks like this project may be behind schedule as WDWNT reports a second refurbishment will now take place from January 8th through February 1st, 2018. Guests who want to experience this attraction in the near future will need to do so between November 17th and January 7th, when this attraction will be open for the holiday period. While this refurbishment has not been confirmed yet, we'd expect this closure to appear on Walt Disney World's official calendar in a few weeks. 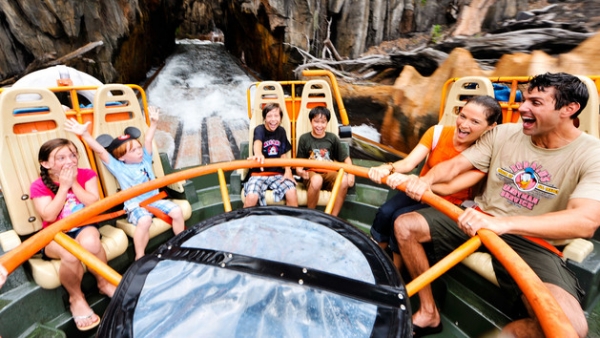 Just as it did in 2017, Kali River Rapids will be closing for several weeks again this winter while the ride is drained, the paint is touched up, and the vehicles are cleaned. Because of the routine nature of this refurbishment, we're not expecting any major alterations to the ride experience during this refurbishment either. Though this attraction's downtime is going to be for more than a month, it should be noted that this attraction will be closed during what should be the chilliest weeks of the year (at least in Florida), which means there probably isn't that much of a rush to reopen this attraction during this cold season.

Though we expected The Hall of Presidents to be closed for several months while the newest President of the United States was being added to this attraction, what we didn't anticipate back in January was the high level of drama that has swirled around this refurbishment. Earlier this year it was reported that there were some serious behind the scenes issues with the addition of President Trump to attraction, which was causing delays and significant show retooling. Of course, Disney promptly refuted this statement, saying that development on the updated attraction was going well and it would reopen in time for the holiday season.

While its impossible to know what is going on behind the scenes right now, and an opening before the end of the year is still technically possible, with  the holiday season here with no update from Disney, we have some serious questions about what exactly going on with this attraction, and if we'll pass the year anniversary of of its closing in early 2018 before it actually reopens.