It's no secret that SeaWorld is in dire financial straits, and just last week, a massive rumor surfaced that seemed to indicate that the theme park group was considering a partial sale of its two Busch Gardens parks to LEGOLAND owner Merlin. However, while the far future seems to be very uncertain for this theme park group right now, that hasn't stopped them in the short term from announcing some ambitious expansion plans which may hopefully get guests to return to SeaWorld Orlando next year, including two new additions at both SeaWorld Orlando parks, one of which was announced earlier this week...

Ray Rush is coming to Aquatica in 2018 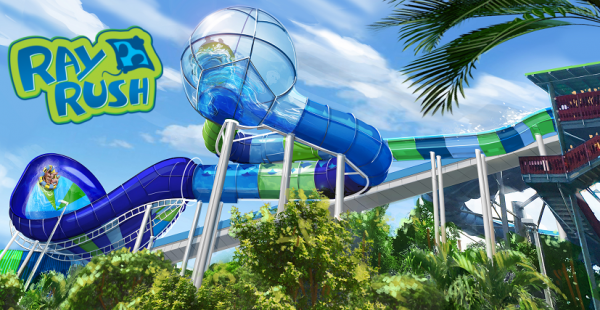 Just a few days ago  it was announced that Aquatica would be opening a brand-new family raft slide in spring 2018. Known as Ray Rush, this new attraction will combine three unique slide elements in a 60-foot tall structure, to deliver a ride experience never before seen at Aquatica. Here's what guests can expect to experience:

First, up to four riders per raft will be launched at 33 feet per second with water jets designed to propel rafts into the first of several enclosed tube sections. Next, riders will swirl into a colossal translucent sphere which spins the raft around the slide walls before entering another enclosed tube section. Finally, riders will drop into an open-air halfpipe that looks like a manta ray. Rafts will then soar back and forth across this structure before entering an enclosed tube section ending with a splash. This attraction will carry a height restriction of 42 inches, and will be open next spring. 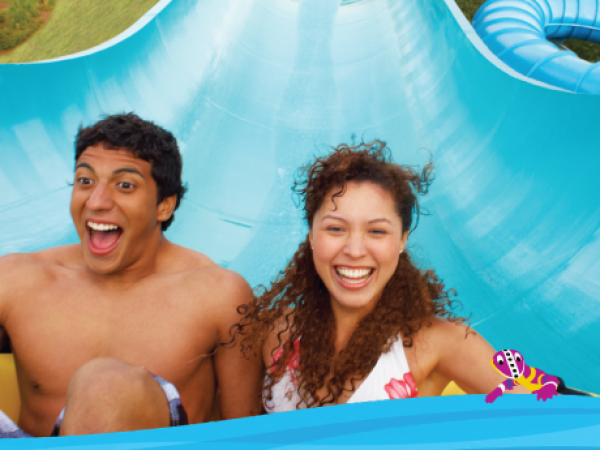 Unfortunately, to make room for this new attraction, SeaWorld will be closing the HooRoo Run attraction permanently on October 31, 2017. In addition, the Walhalla Wave attraction will temporarily close on this same date to allow room for construction on this new attraction, but will then re-open in spring 2018 alongside Ray Rush. Fortunately, SeaWorld is offering annual passholders the chance to receive a one-time Quick Queue to ride both HooRoo Run and Walhalla Wave on select days in October before construction begins in November.

And while his new attraction for Aquatica is very exciting, SeaWorld Orlando across the street is also preparing to open a new attraction of its own in 2018 as well...