This month's refurbishment update includes refurbishments at the Magic Kingdom, Disney's Hollywood Studios, and even Disney Springs. But first, we take a look at a full closure that is happening somewhere else on property... 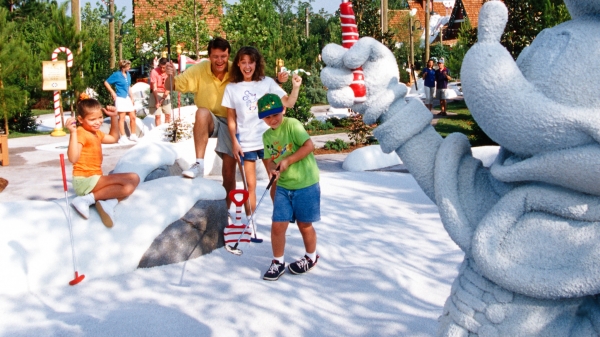 Walt Disney World's Winter Summerland mini-golf course will be getting some sprucing up this fall before the winter holidays come to Walt Disney World. The Summer course refurbishment is going to happen first, closing this side of the facility from October 9 through to November 10, reopening to guests on November 11 2017.

Shortly after the Summer side closes, the Winter course will be closing as well from October 23 through to November 10, also reopening to guests on November 11 2017.

No major changes are expected for this attraction during this refurbishment, but this mini-golf course should definitely look its best when it reopens next month.

Earlier this year Star Wars: A Galaxy Far Far Away closed for refurbishment to allow for the installation of mobile stages. However, for whatever reason this installation was unsuccessful, and the current, stationary stage was re-added to the front of the park. However, it looks like Disney is re-attempting this refurbishment, with the attraction now scheduled to be closed from October 10 through October 23rd while these mobile stages are actually installed in the park's center stage area before Disney's Hollywood Studios' robust holiday programming begins next month.

Interestingly, during this refurbishment characters that normally appear as part of the show will be meeting guests around the park, so if you've always wanted to snap a photo with Boba Fett or Darth Vader, you might want to head to the park sometime this month so you can take advantage of this unique opportunity!