Could Disney be Considering ANOTHER Overlay of the Enchanted Tiki Room?

There are seldom few that don’t know about the disaster the was the Enchanted Tiki Room: Under New Management. This ill-fated overlay started simply enough, as a way for Disney to capitalize on the popularity of well-known characters from The Lion King and Aladdin to revive interest in an aging attraction. However, their plan didn’t go the way they hoped, and this ill-conceived  attraction was shuttered several years later, with Disney seemingly learning their lesson about overlaying this attraction. However, according to a recent rumor, Disney may be gearing up to repeat the mistakes of the past.

Several months ago, a rumor surfaced about Disney considering adding a Moana attraction to the Magic Kingdom. Though specifics were not available, this seemed like a logical idea at the time, as Moana generated over $600 million in box office sales, and ranks pretty high among the top grossing modern Disney animated films. Though its certainly no Frozen, the movie has had quite a bit of staying power, and merchandise sales featuring characters from this film are said to be quite strong. Which is why the following rumor may at least be be credible…

Could The Enchanted Tiki Room Starring Moana be coming to Adventureland? 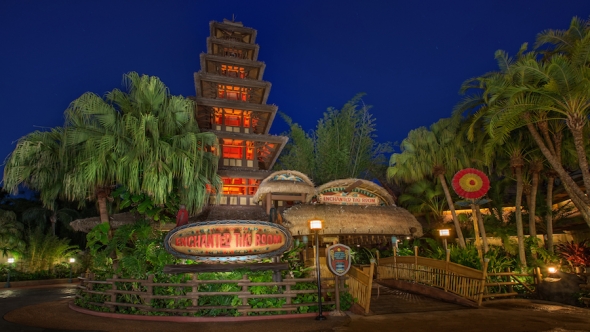 According to this resurfaced rumor, Disney is potentially looking at a plan to add both characters (via animatronic) as well as songs from the Moana film to the current Enchanted Tiki Room. The attraction would still retain its outside structure as well as some of the original songs and animatronics (so it won’t be a full overlay like Frozen Ever After), but would be “plussed” with Moana elements, the same way it was back in the 20th century with Iago and Zazu.

Now while this rumor may sound crazy, its genesis came from well-known users of the WDWMagic forums who have been proved accurate before. But does this mean that the Enchanted Tiki Room is officially on notice? Like anything else at Walt Disney World, the answer is complex.

The culture of the quick fix 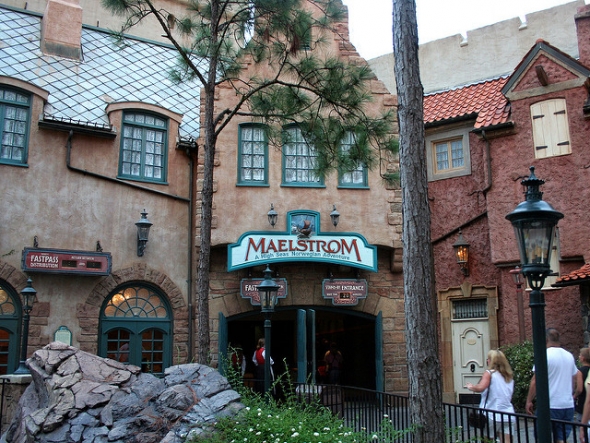 Culture at Walt Disney World can change quickly, and one of the biggest shifts we’ve seen in recent years is Disney's recent penchant for looking at under-performing attractions and finding ways to “fix” them, spending budget money to make changes to existing attractions, rather than develop new attractions.

Of course, this is not a new idea, but with the twin successes of Frozen Ever After and Guardians of the Galaxy: Mission Breakout, Disney has been even more emboldened to gut existing attractions and quickly stuff in some new IP. Just look at this past year’s D23 expo, which saw the announcement of Mickey and Minnie’s Runaway Railway, which is being pushed into the former Great Movie Ride building, an untitled Guardians of the Galaxy attraction moving into the Universe of Energy building, and a complete re-theme of the Paradise Pier in Disney California Adventure as it changes into the IP-friendly Pixar Pier.

So what does this have to do with The Enchanted Tiki Room? Potentially, a lot

Voting for overlay. Sounds fun. As-is, we stepped inside once in four decades. It would give us a reason to re-visit.

Disney needs to add something to Adventureland so crowds will be dispersed. With the Tron coaster going next to Space Mountain, the crowds will rush Tomorrowland at rope drop and will remain crowded throughout the day. Having something in the opposite side of the Magic Kingdom would help, but a simple overlay of a classic attraction won't do it.

I think this could be an interesting idea, especially if something like We Know The Way was put in here. I just hope that in the tiki tiki tiki room stays, if this were to happen. If the song is rearranged, I hope it still respects the original. Considering Moana could be involved here, I think it would respect the original and hopefully not made poppy. I hope that the song does not get replaced with We Know The Way, and would rather that We Know The Way and stuff like You're Welcome should come into play at a later point in the show.