Is Signature Dining Becoming too Expensive at Walt Disney World?

It's no secret that attendance has been floundering somewhat in 2017, with Disney making a number of big changes in recent weeks to try and bolster guest levels both at the parks and their resorts. However, we've noticed a very interesting trend emerge over the summer that seems to indicate that Disney might not just be having problems filling hotels and theme parks... they might be having some issues filling tables at many of their dining locations as well.

While there's no publicly available data on reservation levels at Disney dining locations, a few quick searches on Disney's website reveals that there is quite a lot of availability for some of Disney's most popular eateries. And while this may sound like bad news, Disney has responded to this development by dramatically lowering prices at these restaurants with some truly unprecedented discounts, the first of which you don't even need to be an annual passholder or DVC member to enjoy... 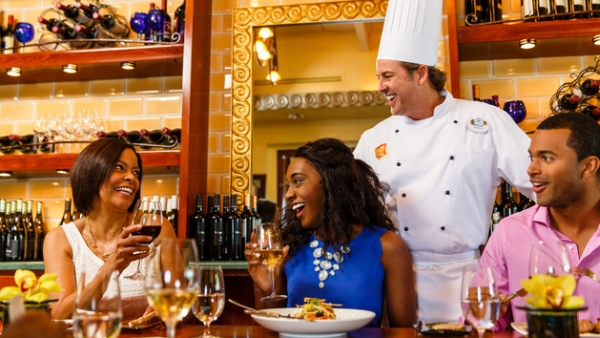 Earlier this week Walt Disney World announced that it is now offering Florida residents who would like to experience signature restaurants a pretty sweet deal which includes a complimentary appetizer with each adult entrée purchased plus free valet parking when they enjoy dinner at the following dining locations
This special limited-time offer is available beginning August 9th, and lasting through September 30th, 2017, and is only valid for dinner (after 4PM) reservations only. However, even with these restrictions, this is one of the most generous offers we've seen for some of the most expensive restaurants on property, and it is quite rare that Disney would offer this caliber of discount to guests that don't have an annual pass, tables in wonderland, or even theme park tickets. If you are a Florida resident and have never been to these restaurants, now is probably the best time to check one of them out! 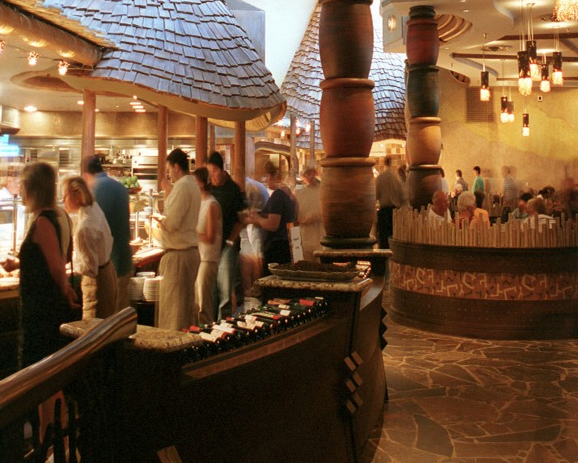 In addition to the discounts being offered for Florida residents, Annual Passholders and Disney Vacation Club Members are also now able to take advantage of an increased 30% dining discount at select restaurants now through Saturday, September 30, 2017.This increased discount can be applied to dinner meals served before 6:30 p.m. or after 8:30 p.m, and is available at the following locations:

As you probably have noticed, this list overlaps with the previous Florida Resident discount restaurants, with some other notable additions. However, one thing is abundantly clear: Disney is really trying to drive guests to high-end restaurants outside the theme parks. Now why might this be? We have a few ideas.

Let's be honest here, Disney has priced themselves out of the market. The quality of the meals available at the "high-end" locations for the most part do not match value for price. I think it is very telling that the discounts are geared towards Florida residents since they would have a better understanding of what is available in the Orlando area and how over-priced Disney has become when compared to other options. If you do any routine search on top 10 dining locations in Orlando none of the above make the list.