Attendance is Going to Keep Falling at Walt Disney World. And Here’s Why

If you’ve been to Walt Disney World this summer, you’ve probably noticed that guest levels during this typically busy season have been a bit on the low end, even compared with last summer, which also saw a downturn in attendance as well. You also may have noticed that Disney has been offering some pretty deep discounts this year on tickets and hotel rooms as well in an effort to try and get guests back to the resort. And while you may think guests might run to book a quickie trip to the resort in the next few weeks to take advantage of these discounts and deals, we probably aren’t going to see any attendance gains at Walt Disney World for some time. And here’s why. 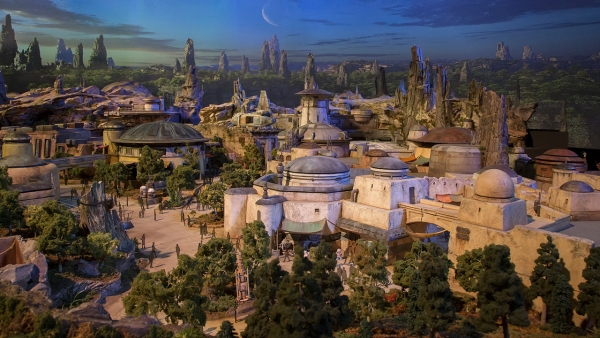 When Star Wars Land was announced in 2015, many predicted that this new land would open in 2019, which seemed a long ways off. However, now that we’re halfway through 2017, that date seems a lot closer, and many guests are probably looking at taking a special trip to Walt Disney World when Star Wars Land opens. Which means that they are probably putting off a trip in 2017 or 2018 to help offset the cost of going to a Galaxy Far, Far Away in less than two years.

Unfortunately, this is a big problem for Walt Disney World, and will of course intensify next year, as even more guests will be putting off trips and waiting for Star Wars Land. While next year will see the opening of Toy Story Land (and Pandora – The World of Avatar should still be bringing in higher-than-normal guest levels at Disney’s Animal Kingdom), the fact is with such a big event on the horizon, guests are going to be delaying visits to Walt Disney World in increasing numbers over the next 18 months, which will definitely keep attendance levels depressed. But that’s not the only thing Walt Disney World will need to worry about in the near future.

If you visited Walt Disney World in the summer during the early 2010s, chances are good that you walked past dozens of international tour groups during your visit. However, if you visited in 2016 or 2017, you probably have only seen a handful of these touring groups, as international travel, especially from Latin and South America has been way down in recent years, thanks in part to economic downturns across several countries in this region of the world.

Unfortunately, there really isn’t much that Disney can do to control this downturn, as its unknown if or when tourists from this area of the world will return in large numbers to the resort. However, there's also a trend at home that might be worth paying attention to as well...

Very interesting post and I have to agree, the pricing structure is stupid, why would you want to pay more to go on busy days, that's just stupid in my eyes. We visit all the parks on a regular basis but not in the summer due to the very hot and humid weather and likely long queues. We are planning to visit again in early November which is a lovely time of year in Orlando with low humidity and fairly low crowds until thanks giving.

Thanks for the info!

The problem with this article is the person writing it is stating opinion as fact. What they don’t understand is disney is no longer looking at year over year attendee figures. What they have moved to is dollars. You might say hey! More people visiting means juggernaut profits. Not so. What we’ve learned and it was confirmed in the last financial reports is that with a rise in ticket prices disney has seen a decrease in traffic but an increase in customer satisfaction AND profits. Essentially the game has changed. Charge few people more and you can still make more money. It’s working. The people who visit the parks are happy cause they are not as crowded and they are the type of guests who spend more on food, drinks and merchandise.

How about international visitors (except South and Latin America)? Honestly, I am not going back to the US under the Trump presidency, and I know a lot of people who won't either. Any statistics on visitors from Europe?

I agree with all of the above, and have one to add. PLEASE understand I don't want to get into a debate about your president (I am Canadian), but with the political climate in the US right now, and the two very vocal and sometimes violent opposing views of the Republican followers and the Democrat followers, those of us that are living outside and looking in, it's a little alarming, and I haven't decided when or if I will be returning to Disneyworld. I have grandchildren that I would love to take, but I am really concerned that it isn't nearly as safe as I've always felt in the past (I was there January 2017). And now with North Korea testing rocket missiles, and obviously angry with the US, is there anyplace in the US that is safe at the moment? I hope that I am terribly misguided, and desperately hope that I am wrong, and want to go back to Disneyworld, it is my home away from home, but as of now, it makes me too nervous.