This month's refurbishment update includes updates for several Walt Disney World restaurants, plus confirmation of a delay for the Hall of Presidents reopening, a strange summer closure, and a controversial change being made next year to the Pirates of the Caribbean attractions.

Disney has declined to provide a definite reopening date at this time, with the refurbishment scheduled through December 31, 2017 on the official Hall of Presidents attraction page. While statements made to Orlando's local News 13 from an official Disney spokesperson suggest that Disney is trying to reopen the attraction in time for the holidays, right now there doesn't seem to be a definite timeline for the end of the refurbishment, which is certainly a bummer for those trying to fit this attraction in during a 2017 visit. While we don't know much now, hopefully Disney will provide some updates on this project soon. 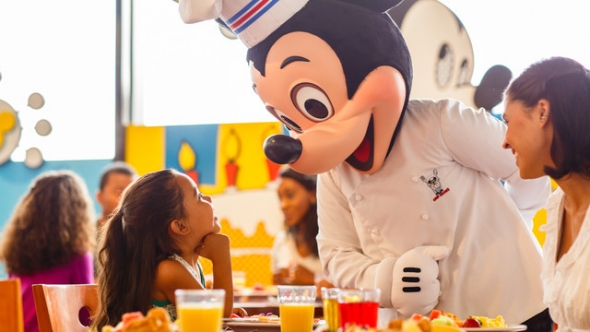 It was confirmed several days that Chef Mickey's will be closing for a quick refurbishment later this month on July 28th, and will remain closed through August 13th. During this time, the character dining buffet will relocate to the convention center at Disney's Contemporary Resort. This refurbishment was not planned, and we don't know why this closure is happening, but hopefully whatever is causing the issue will be taken care of soon.

Not one bit happy about changing the women selling scene! Why not go all the way and give the pirates nerf bats instead of guns & daggers. While you're at it, take their booze away and substitute milk! Sheesh!

The summer scheduling of the Splash Mountain refurb seems a bit odd.