4 Massive Announcements Disney is Expected to Make Next Month

Next month, Disney is holding its bi-annual D23 convention. This all-encompassing three day celebration covers all things Disney, and fans of everything from Marvel to Star Wars and of course Pixar and Walt Disney Animation are expecting to hear big things about their favorite film franchises during this event, which will take place from July 14-16

However, aside from massive announcements about the various film and media properties under the Disney umbrella, theme park fans are looking to this event for crucial updates about current and future projects at Walt Disney World, Disneyland Resort and beyond! Though precious little has been confirmed, here's everything we're expecting Disney to announce at next month's event. 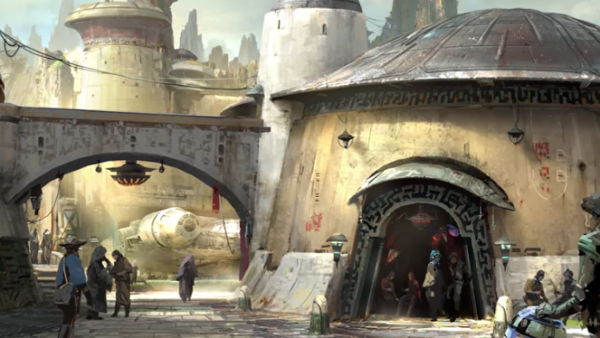 Though we already figured Disney would use the upcoming D23 Expo to give us our first complete look at its plans for Star Wars Land (for both Disneyland Resort and Disney's Hollywood Studios), it looks like Disney will actually be providing guests with the change to get a sneak peek inside this new land during this event, as it was announced several days ago that an entire pavilion dedicated to the Star Wars-themed lands is being erected which will have artwork, models, and more based on these under construction lands.

While we know the basics about the different ride, dining, and even character experiences inside this land, D23 2017 will give Disney the chance to give guests more specifics about this land, which is expected to open in early 2019 at the Disneyland Resort and later that same year at Walt Disney World's Disney's Hollywood Studios.

Unlike Star Wars Land, we actually know quite a bit about what to expect from Toy Story Land when it opens. However, even though this land's two new attractions have been detailed extensively already, there's still one big question mark regarding this new land: when it is going to open.

Based on reports that construction is actually pretty far along in this new land, many are saying that Disney could announce an early 2018 opening date for Toy Story Land, potentially targeting the busy Memorial Day weekend again for this new land's debut, as they did in 2017 for Pandora - The World of Avatar. However, while such a move would make sense, we won't know for sure when Disney will unveil this new area of Disney's Hollywood Studios until an official announcement is made, hopefully at this year's D23 Expo

I just hope they won't bring Star Wars Land or any of the Marvel stuff to DLP.
It's not Disney.
Disney has a lot of original creations, and I don't understand why they have to promote Marvel and Star Wars all the time (well, money I guess.)