Guardians of the Galaxy: Mission BREAKOUT! is Almost Open. Here's What You Need to Know

When Disney confirmed last year that the Twilight Zone Tower of Terror at Disney California Adventure was being reimagined as Guardians of the Galaxy: Mission BREAKOUT!, the decision was controversial to say the least. However, despite fan outcry, Disney has gone full steam ahead with their plan to create a new (ish) experience, and is preparing to open this attraction in just a few weeks. In the run-up to the opening of this attraction, some additional details have been released that include our first real look inside this re-themed attraction. But first, let's have a moment of silence for this spot's former occupant, as it is now really clear that...

The Twilight Zone Tower of Terror is truly gone 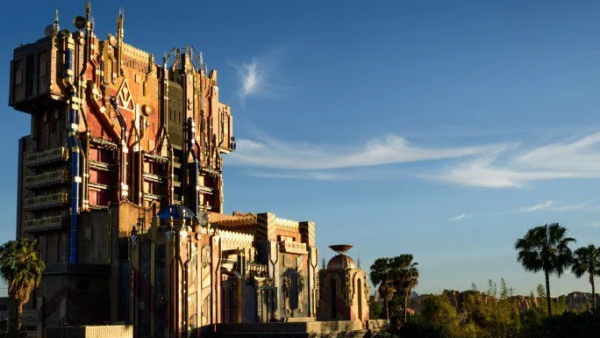 Though the silhouette of this fan favorite attraction is still standing tall at the far end of Hollywood Land at Disney California Adventure, now that the construction walls have come down around this structure there is no doubt that this attraction has been completely redesigned inside and out a bright, gawdy metallic paint scheme and plenty of high tech elements now glittering in the sunlight against the more subdued elements of Hollywood Land that surround it.

Though many fans have complained about how this new look clashes with its surroundings, Disney Imagineering creative director Danny Handke has said previously that this artistic choice was on purpose, as this building is meant to “embod[y] the spirit of ‘The Collector,’ a villain in the movie. It’s weird, it’s bold, grandiose and it’s arrogant, like the character.” In addition to shining in the sunlight, the lights on this building will also pulse at night, making this new attraction one that you simply can't miss no matter where you are in the park. 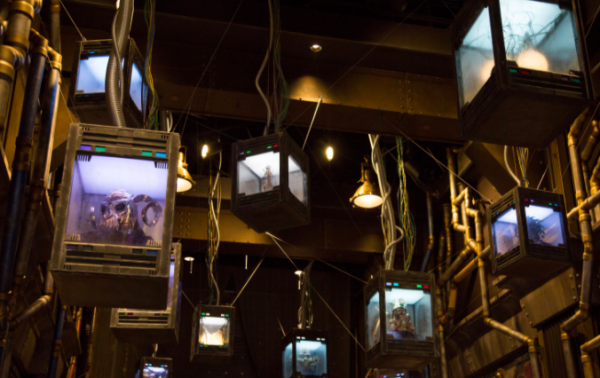 And while there’s no mistaking this sci-fi building for its former attraction from the outside, the inside shows off even more big changes. Instead of a dilapidated hotel, the cavernous rooms inside the queue for this attraction now house a number of creepy artifacts in lighted boxes. Marvel fans will definitely want to pay attention as they peruse through this reproduction of the Collector’s museum, as there will be specific props and icons from various in-Universe movies, comic books, and television shows inside this space. In total it has been said that there are going to be over two thousand individual pieces inside this space, which means there will be quite a lot for fans to check out. And perhaps even more interestingly, the collection in the lobby will be changing periodically as well to reflect "current" events in the Marvel Cinematic Universe.

Though this attraction's new look is the most striking thing that guests will notice, there are also some other new things we've learned about this attraction...