The Opening of Pandora – The World of Avatar Will Affect All Guests This Summer. Here's How

We’ve got only a few weeks left until Pandora – The World of Avatar opens at Disney’s Animal Kingdom, and from what we’ve seen this new land will be technically impressive, immersive, and unlike anything else ever created for a Walt Disney World park. However, that doesn’t mean that this new area will be for everyone. If you find yourself uninterested in the Avatar franchise or don’t want to deal with crowds during the opening weeks of this brand new land, you might be thinking that it will be simple enough to drop by Disney’s Animal Kingdom this summer and simply bypass the sharp left turn into this new area so you can enjoy the rest of the park.

However, Disney is expecting big things from this new land, and as a result, a number of operational changes are coming to Disney’s Animal Kingdom that will affect all guests, even those who don’t even know what a Na’vi is. If you are planning on visiting Disney’s Animal Kingdom this summer, here’s everything you need to know, even if you don't care about the world of Avatar: 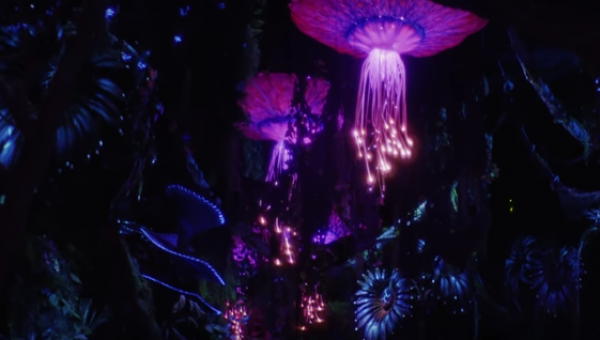 For the first time in its history, Disney will take the unprecedented step of offering Extra Magic Hours at Disney’s Animal Kingdom every single night from closing until 1:00 AM.However, in an interesting development, these extended hours will only apply to Pandora – The World of Avatar, with the rest of Disney's Animal Kingdom closing down at normal time. These nightly Extra Magic hours will be offered from May 27th through the end of June.

Unfortunately, that means that resort guests who were hoping to experience other attractions at Disney's Animal Kingdom after hours like Dinosuar or Expedition Everest during Extra Magic Hours will not be able to for most of this summer. Disney is betting big that Pandora - The World of Avatar will be the main draw for this park over the summer, and unfortunately, if you're simply not interested in this new land, you'll only be able to experience the other parts of this park during regular park hours.

Not very enthused by Avatar, but it is new Disney stuff, so that's why I'm excited for it.

I certainly want to be wrong but Im not excited. All I see is that this will be a neon jungle cruise and a hyper Soarin' attraction(s) set in a fiber optic forest. PLEASE tell me what Im missing? Once you ride the ride(s) once It doesn't seem like there is any reason to ride it again - certainly not an "E" ticket

so with the requirement to pick an avatar fast pass before we can choose another in the park, what if allt he fast passes for avatar are gone, does that in turn mean we can't get fast passes for anything else?