The Average Theme Park Guest Isn't Who You Think it Is...

While we still have a little longer to go before the official TEA/AECOM theme park attendance report is released, we already know thanks to Disney’s own financial documents that attendance in 2016 missed the mark by a pretty substantial margin, causing last minute budget cuts, staff reductions and more. And now, new data released earlier this month shows more trends that could be concerning, not just for Walt Disney World, but for the larger theme park industry as well.

Earlier this month, PGAV Destinations released its second annual Voice of the Visitor: 2017 Annual Outlook on the Attractions Industry, and some of the findings of this report seem to indicate that there could be trouble ahead for theme park giants like Universal Orlando Resort and Walt Disney World. Here's what they found:

1. Growth across the entire theme park industry is essentially stagnant

While the PGAV Destinations report did not provide specific attendance figures for theme parks in 2016, across all theme parks in the United States, growth was only at 2% for the year, with 37% of survey respondents saying they had visited a theme park in the past year, compared with 35% for the previous year. And perhaps even more troublingly, theme park attendance is only forecasted to rise 4% in 2017, which is especially concerning for big parks like Walt Disney World and Universal Orlando Resort because of another trend uncovered by this report...

2. The majority of today’s theme park tourists are locals

One of the big reasons why Walt Disney World and Universal Orlando Resort can post massive attendance gains year over year while other theme parks like Carrowinds, King’s Dominion and Cedar Point see attendance more or less stay stable is because the former put considerable resources into attracting international guests, while the latter focus primarily on locals and annual passholders. However, that strategy may falter in the coming years if recent trends continue to develop.

In 2016, only 52% of those surveyed by PGAV Destinations traveled more than 50 miles to visit a theme park, which is down 9% from the previous year. Guests simply aren’t wanting to travel far to visit attractions anymore, and while the tendency for theme park tourists to continue to visit local attractions is good for regional parks like Six Flags and Busch Gardens, international attractions simply can’t just rely on locals if they want to see the kind of growth they are looking for year over year. 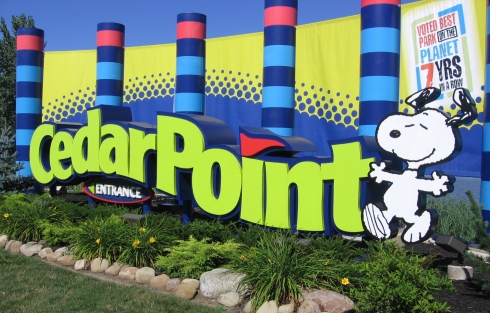 Interestingly, the report also mentioned that annual passholders for theme parks across the country are also becoming more of a rarity, as less than a quarter of survey respondents used a season pass to go to a theme park in 2016, down from nearly a third in the previous year.

So, to recap, guests are traveling less, not visiting for long, and not looking to make many return visits. Which certainly sounds quite dire. But there are some bright spots for the theme park industry to be found in this report as well...

While interesting, I really don't think the study is able to reliably indicate trends in theme park visitors. The fundamental flaw is how few people they polled. Their n=1500 which is a drop in the bucket compared to the 1.7 billion leisure trips that the article states that people have taken. Lets be generous and assume one person took 10 trips that year. The number is only representative of 1/100th of 1% of the people who took leisure trips in 2016. You can't really apply that data to the general population. If you are talking about theme parks specifically less than 40% of the respondents went to a theme park. So they only had data from about 600 people for the conclusions they drew there. Furthermore they are only comparing data from 2015 (which they only polled 1000 people) to data from 2016. You can't really reliably deduce any trends from just one year.

So while interesting, the study is really little more than anecdotal evidence of leisurely travel trends. I'm sure Disney and Universal have much better data regarding the changing habits and demographics of their customers. But perhaps as they gather more data and have more years for comparison this study may be more useful.

This confirms what we've known for a long time. Places like Disney will increasingly cater to the rich and ignore middle class families as the former continues to displace the latter in their parks. We are all well-aware that the Bottom Line, not attendance, is what matters most to these people (rightfully so since its a business) and they will continue to pursue that strategy and raise prices until their earnings take a significant hit.

The regional companies like Six Flags and Cedar Fair will be more interesting to watch. As the middle class continue to get pushed out by Disney and Universal, some of them may turn to places like Cedar Point, but it's not as though those parks are lowering their prices either. Of course, for any of those families used to a Disney-level experience, the regional parks might not be enough of a draw for them anyway, even if The Mouse is now out of their price range.

I was somewhat surprised by the large number of millennials visiting parks, especially with everything we always read about how my generation is so much worse off financially than our parents. It will be interesting to see if my demographic continues to put money towards increasingly-expensive theme park trips in the coming years.

I would expect a site called "Theme Park Tourist" to know that before Walt Disney and his artists and engineers created Disneyland, (with the debatable exception of Knott's Berry Farm), all that existed were Amusement Parks. Disneyland ushered in the era of Theme Parks.

Love the business side and inner workings of the industry stuff! Great Web page, continued success!!!

Theme parks have become the Pleasure Islands for adults. No longer kids friendly. I'm not mad, just saying that is now the new trend. It's like being part of an exclusive club with a pricey membership, not 33, just the park itself now. The new hangout for locals.
I do think it's worth it if you don't have kids, but with kids it's to crowded. new fast pass system will be a new tier for those who wish to pay to shorten line time.