It's no secret that SeaWorld Orlando isn't exactly having the best year. On the heels of historic attendance lows, it was announced just a few weeks ago that SeaWorld has lost its biggest investor and is now partially owned by a Chinese company. Though the blows seemingly keep coming for SeaWorld Orlando, the park is continuing to forge ahead, and has announced some ambitious new projects to try and beat back against this seemingly endless tide of bad news.

1. A thrilling new water ride is coming next year 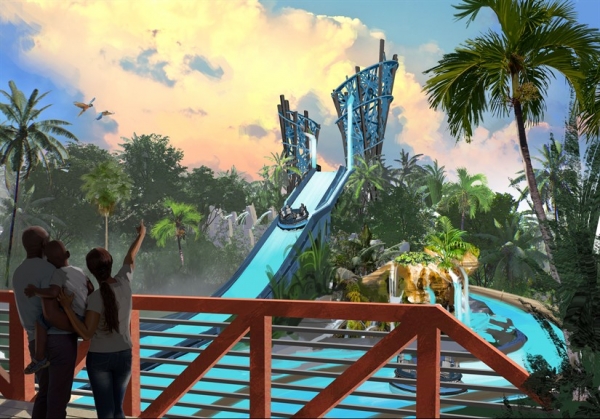 Earlier this week SeaWorld Orlando unveiled plans for an ambitious new attraction that, much like 2016's Mako, will break records. Named Infinity Falls, this new river-rapids ride will feature a massive 40-foot drop, which happens to be the world’s tallest drop for this type of ride.

In addition to the stunning drop (which will be visible right at the front of the attraction), guests who climb aboard Infinity Falls will experience twists and turns through a lush jungle environment as they experience the feel of exhilarating Class IV rapids during the four-minute ride. A unique vertical elevator will then lift each raft in preparation for the attraction's signature moment: the 40 foot launch into the river.

SeaWorld has already started preparing for construction of this new ride, which will be located in the Sea Garden area of the park, near where the annual passholder lounge is. To help support this new attraction, SeaWorld will also be adding additional theming in this area, making enhancements that will emulate a rainforest canopy setting. After riding the rapids, the entire family will be able to explore the village and take part in interactive experiences that combine play with education about freshwater ecosystems. SeaWorld’s Animal Ambassadors will also be on hand in this area to provide up-close encounters with animals native to South American habitats.

While guests will have to wait more than a year to experience this new attraction (which is currently projected to open next summer), SeaWorld Orlando has also announced some more immediate plans to try and salvage the remainder of what has proven to be a very challenging year for the resort, including a new show and a "reimagined" ride...