Several weeks ago, permits surfaced online that seemed to indicate that Disney was considering building a brand new transportation system that would bring an elevated gondola-based transportation to the resort that would connect Epcot, Disney’s Hollywood Studios, Disney’s Art of Animation Resort, Disney’s Pop Century Resort, and Disney’s Caribbean Resort. At the time, we weren’t confident that this plan would come to fruition exactly as it was outlined, as Disney files dozens of permits a year, many of which are never acted upon.However, this project hit an important milestone earlier this month which basically confirms that Disney is indeed pursuing this project.

With all this preliminary work taking shape, it looks like Disney will be able to start work on the footers for this project in the next few days (if they haven't already). However, while we’re really excited for this new project to take shape, there are some important things for fans to keep in mind

1. The project has not been formally announced yet. 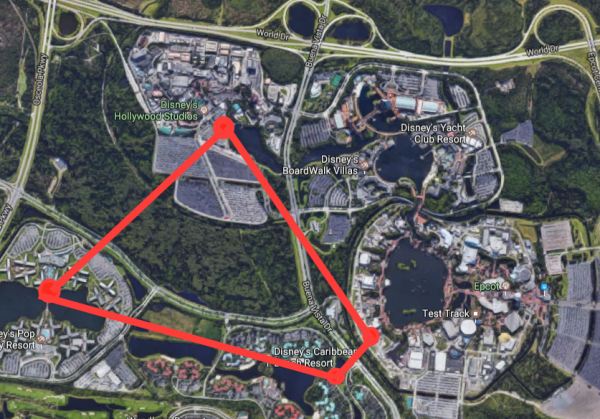 While we now know that this project is definitely happening, Disney has yet to confirm its existance just yet, which likely means that plans and details are still coming together. Though Disney fans are likely used to the resort announcing projects months or even years before the shovels hit the ground, the exact opposite is happening here, with preparatory construction getting under way immediately, with nary a peep from Walt Disney World in the meantime. However, even though we haven't heard anything yet, that doesn't mean that Disney will be able to keep this secret for long...

2. We’ll probably hear something before the end of the year 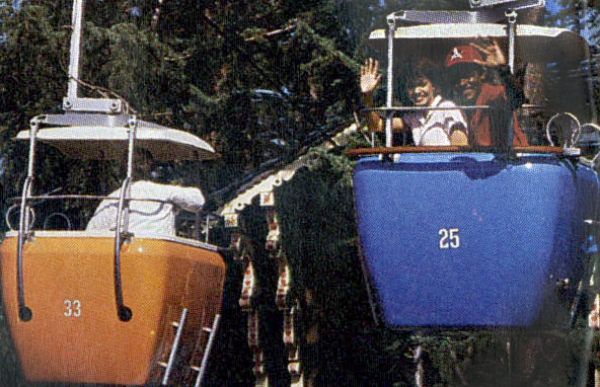 While preliminary work on this project will probably go unnoticed by the majority of park guests, once this elevated transportation system goes vertical, it will be pretty unmissable. And with Disney moving so quickly on this project, we'd imagine that structures related to this project will be visible from inside theme parks in the next few months, meaning Disney should announce it sometime in the very near future.

While this year's D23 Expo (which is being held this summer) might at first seem like the best venue to announce this project, with work accelerating at the pace that it is, official details about this project may actually come sooner than that.

These can go up, pretty darned quick. I'd hope that it is setup to be able to board going in either direction. and those gondolas are bound to be enclosed, and air conditioned?

If it up to me (and it's not) i would put the Epcot stop next to the monorail. That way guests could travel between 3 of the parks and some more hotels without relying on cars or buses.

I'm just curious if the red markings on your overhead map mark actual presumed footings for the landings and cable paths based on filed permits, or if it's just for illustrative purposes.