Disney Springs is Changing in Some Big Ways. Here's How (March 2017)

Disney Springs has become quite the subject of controversy for the past few years, with some outspoken fans saying this reimagined shopping district has become too much like an outlet mall and isn’t really keeping with the “spirit” of the former Downtown Disney district any more. However, no matter how you feel about the changing face of this location, in the two years since this shopping district opened, Disney has been making a lot of changes, opening new stores, offering great deals, and even hosting some character-based events.

This month brings even more changes to this shopping area, with new additions and the announcement of a brand new weekly event, plus a number of big, planned changes coming to the district’s West Side. 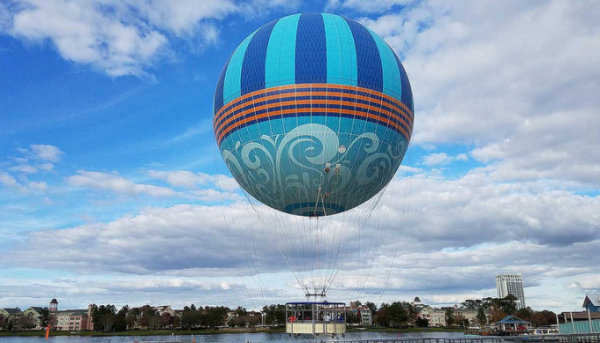 Though Disney Springs is already extra busy this month thanks to the start of Spring Break, it looks like Disney is trying to draw guests to the Marketplace side of the shopping district specifically this month. Every Monday Disney Springs will be offering a number of special deals as part of its new Marketplace Monday series, which will last through the end of the month.

The deals should change from week to week, but during the first event (which took place on Monday, March 13, 2017), guests could enjoy complimentary Glacier frozen drinks at Goofy's Candy Co., get 20% off food and non-alcoholic beverages at WolfGang Puck Express, and grab free chips and fountain drink with any adult sandwich at Earl of Sandwich. Outside of food discounts, LittleMissMatched also offered 10% off any purchase.

These discounts may not be huge, but it looks ike Disney is trying to use this event to gently nudge guests once again towards the Marketplace side of Disney Springs. They have tried doing this before with other tactics, but perhaps offering these discounts on food and merchandise will help Disney boost up purchases and foot traffic in this area.

And speaking of the Marketplace at Disney Springs, guests who want to drop by the new PhotoPass studio in this area can take advantage of a new upcharge experience that allows guests to make their child the star of a storybook, with a custom PhotoPass shoot that inserts little ones into their favorite Disney movies including Frozen, The Little Mermaid, and Snow White and the Seven Dwarfs. This new experience is only for kids 14 and younger, and a 24-page storybook costs $149.95.