Wishes is Going Away Forever. Here’s What is Replacing it

Though we’ve known for some time that nighttime entertainment at the Magic Kingdom was going to be getting an update, Disney dropped a bombshell on us earlier this week when it was announced that Wishes, the long-running nighttime fireworks spectacular that has been a signature part of this park's evening entertainment for over a decade, would be going away forever later this year on May 11, 2017.

However, it looks like fans won’t have to wait too long for a replacement for this show, as Disney has announced that a brand new nighttime spectacular, entitled “Happily Ever After” will be making its debut at the Magic Kingdom just one day later on May 12, 2017.

And while we don’t have a ton of details about this new show right now, here’s everything we do know thus far about the end of Wishes and the beginning of Happily Ever After:

1. Happily Ever After will be heavy on the projections (and will feature a LOT of familiar characters) 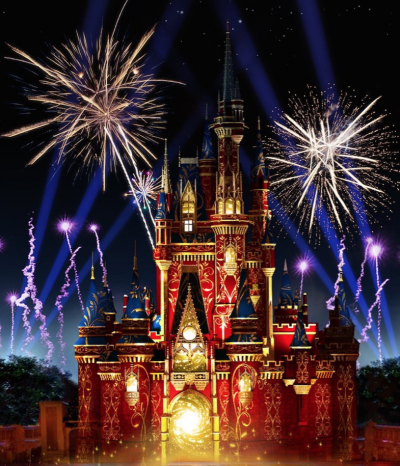 One of the biggest contrasts between Wishes and this new show is that, while Wishes had some simple lighting effects to go along with its pyrotechnics, Happily Ever After will be taking things a step further, and will prominently feature massive projection elements. Like the Once Upon a Time show that is currently performed before the Magic Kingdom's nightly spectacular, Happily Ever After will use projection mapping to transform Cinderella Castle every night into scenes from both modern and classic Disney films including Moana, Big Hero 6, Aladdin, Brave, The Lion King, Zootopia, Peter Pan, Toy Story, The Pirates of the Caribbean, The Hunchback of Notre Dame, and Princess and the Frog.

With so many films and characters slated to appear in this show, it might not come as a surprise that this new show will be a little bit longer than the current Wishes spectacular, clocking in at an impressive 18 minutes (as opposed to Wishes' 12 minutes). And in even more good news, it has been confirmed that Tinker Bell will still fly every night to kick off this new show. 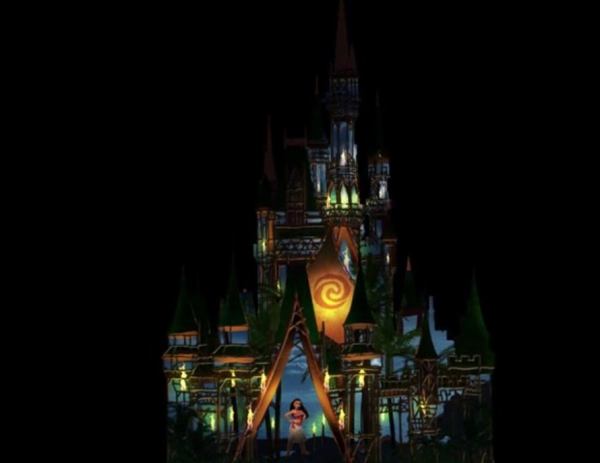 Of course, music will also be very important for this new show and Disney has announced that the score for Happily Ever After has been recorded by a 75-piece orchestra in London under the supervision of Senior Music Producer Roger Butterly and Music Arranger Tim Heintz. You can learn more about the music recorded for this new show in the video below:

Though Wishes was a fairly simple fireworks spectacular, it looks like Happily Ever After will attempt to “plus up” the traditional Disney nighttime pyrotechnic show with some interesting new technology and a whole lot of bells and whistles. Only time will tell whether this new show will be a worthy successor to the classic Wishes show, but judging by what few details have already been made available, we’re cautiously optimistic about this all-new show. And if you want to be among the first to see Happily Ever After, some new information has been released that you’ll definitely want to know about…

Such a shame to see Wishes retired. I always loved the music and was okay with the lack of projections since we always had a separate projection show (Once Upon a Time, Celebrate the Magic). It will be interesting to see how this new show and Once Upon a Time coexist since they are now basically two iterations of the same concept. My guess is that Once Upon a Time was always planned to be a temporary replacement and hopefully within a year or two we will see a drone show or other nighttime spectacular come to Magic Kingdom.

Although I will be sad to see Wishes go I look forward to see what is next. It could be great it could flop, but we won;t know until we see it!!

Did they say anything about the castle projection show going away?

Sure hope the new show has just as great a story as Wishes.