Though the Magic Kingdom doesn't have large construction projects going on like those underway at Disney's Hollywood Studios and Disney's Animal Kingdom, this generally-consistent park has actually gone through a number of changes recently, introducing a new opening procedure and welcome show earlier this month, plus reintroducing the controversial Disney After Hours upcharge event.

However, even though we are just three weeks into the new year, it looks like the updates for this park are continuing to stream in, with dining changes, the cancellation of an upcharge option and more now happening around the Magic Kingdom. But first, let's look at an unconfirmed report out of this park which has surfaced in recent days that has made many fans quite upset... 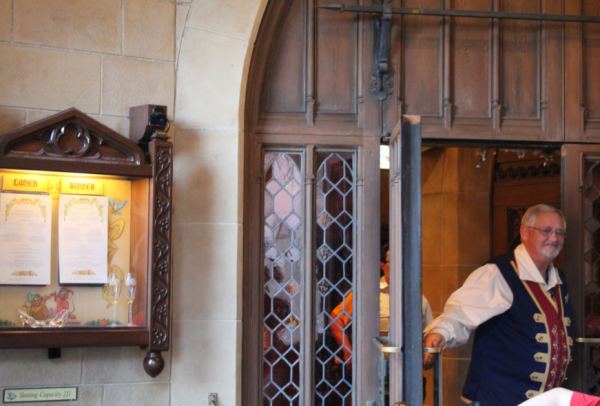 Cinderella's Royal Table is the most-coveted dining reservation at Walt Disney World, and for good reason. While there are other places around the resort where you can enjoy a gourmet meal and the company of your favorite princesses (Akershus at Norway is the most famous example, but the Grand Floridian's 1900 Park Fare also offers an amazing experience as well), Cinderella's Royal Table allows guests the truly one-of-a-kind experience of actually eating inside Cinderella's Castle, one of the most iconic landmarks in the world.

Naturally, guests wanting a table at this restaurant have to plan far in advance, either jumping online or calling the requisite 180 days in advance to try and secure a spot at this highly sought-after eatery. And while not everyone is lucky enough to be able to get a reservation, for those that are, the chance to eat at Cinderella's Royal Table is often the highlight of their trip. 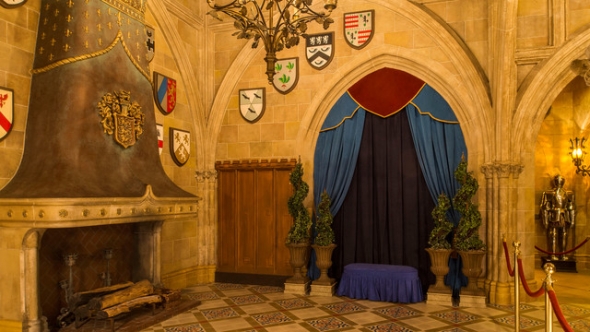 So it would naturally be disturbing then to hear that, according to unconfirmed reports that were brought to light on The DIS Daily fix (which you can watch here), Disney has recently cancelled several guests' reservations at this restaurant (which were likely made quite some time ago) to make way for a new "Delicious Disney" special dining event that was announced a few weeks ago for this restaurant, and costs a truly exorbitant $500 per person (you can read more about what this event includes here at the Orlando Sentinel).

While we should mention that we can't independently confirm these reports, such a development at Cinderella's Royal Table unfortunately would not be too surprising as there has been a trend in recent months towards giving preference to upcharge experiences. Still, even if you don't mind the dozen or so add-ons at the Magic Kingdom that have been introduced over the past year, this move is disappointing in a very different way as Disney is seemingly giving tangible preference to the guests who can spend more money over those who would pay the standard price for this experience, and letting the experience for the lower-paying guest (who is still likely dropping a few hundred dollars) suffer as a result. And speaking of upcharges at Walt Disney World...

Wish the Magic Kingdom would bring back the amazing cinnamon rolls they had at the Main St Bakery for years. Those were a definite breakfast treat during every trip there and last trip they were gone...replaced by Starbucks. Ugh

I was a die-hard Disney supporter for 20 years. Went to WDW and DL a couple times every year, dropping thousands of dollars in the process. About 6 years ago, I was sorting pictures into albums and was having a really hard time distinguishing which trip was when. At that moment, I realized that Disney was raising prices on me twice a year and not giving me anything new to experience. I was living a life of nostalgia in the parks. I stopped going at that precise moment and cancelled my next trips. I haven't been back and I feel so much better. I was using the nostalgic feeling of Disney to escape from real life. It was really hard at first, but I've been taking trips to see monuments and natural wonders instead of the manufactured environment of Disney, and now I'm fully living in the present, and my life is more interesting. Occasionally, when I do crave something manufactured, I've been giving my money to other theme parks that value me and offer me something different between visits. I briefly thought about a return visit after The World of Avatar opens but that lasted about a day when I remembered the reason why I stopped going in the first place. Mistreat me and I'll walk away, never to return. I have a feeling that many of these recent changes Disney is playing with will have a similar effect on others.