For more than a decade, the only way to skip the stand-by line at Universal Orlando Resort theme parks has been to either stay at a Universal Orlando Resort on-property hotel or pay a fee to get access to the Express Pass system. Though comparisons have periodically been made to neighbor Walt Disney World, who has always offered its own FastPass system for free, Universal Orlando Resort has always operated on a smaller, more regional scale, and considering other regional parks like Six Flags and Cedar Fair have had a lot of success with this type of paid-for only queue-skipping system, Universal was always able to justify asking guests to pay a little more to skip the lines at its theme parks with its smaller size.

However, as you might have noticed, Universal Orlando Resort has grown exponentially in the past few years, with double digit attendance boosts being reported year after year (and even more likely on the way in the future). And with Universal now right on the heels of Walt Disney World in terms of attendance, this resort can no longer truly defend the structure of its Express Pass system with the same old smaller scale excuse, as guests continue to pack these parks in ever-increasing numbers. 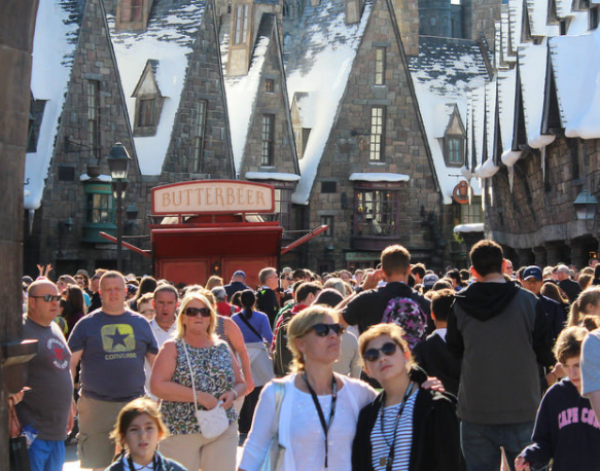 Now fans of Universal Orlando Resort may already know that a FastPass-like system is coming to Volcano Bay water park, which will be the first park ever to be built without queue lines. However, even though the new Tapu Tapu wearable will help manage crowds at Volcano Bay, a solution is needed at Universal Studios Florida and Islands of Adventure, and interestingly, it looks like we may be getting some kind of free FastPass-like system very soon at this park. Don't believe us? Let's take a trip all the way back to November of 2016...

It all started with an ogre 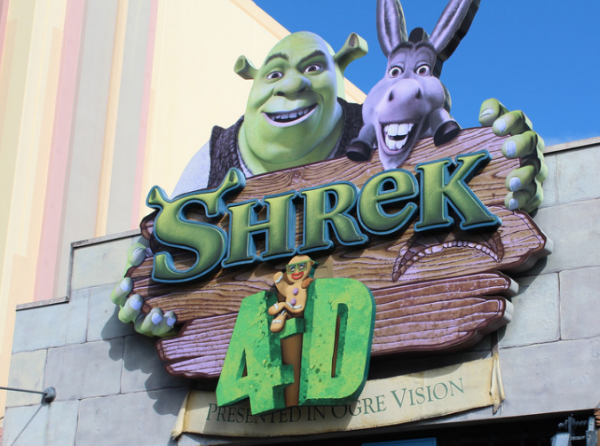 Late last year Universal activated a new feature in their official app that almost no one noticed. Back in November 2016, guests who were at Universal Studios Florida who used the official Universal Orlando Resort in-park app to look at information related to Shrek 4-D were given the option to reserve return time tickets for this specific attraction.

Though this test was small in scope (Shrek 4-D has to be one of the least-trafficked attractions in all of Universal Orlando Resort), this test paved the way for Universal to roll out some larger experiments, which have begun in the past few days…. 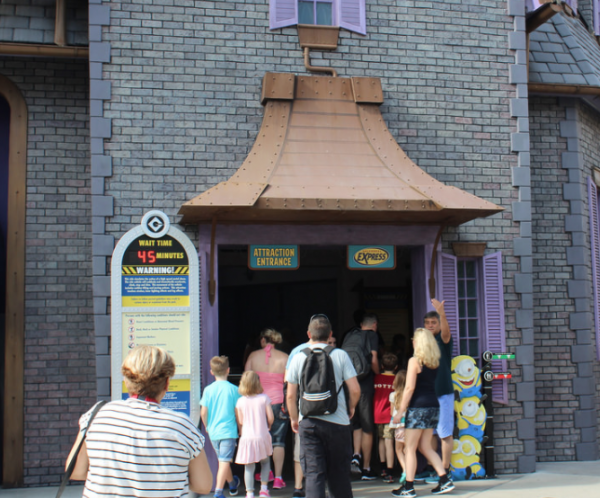 Earlier this week, Universal Orlando Resort's app notified guests inside Universal Studios Florida that digital return times have been made available for Despicable Me Minion Mayhem. This is significant, as this attraction is one of the most popular at the park, and is notorious for having multi-hour waits, even when the park is not that crowded. This newest test was a little more complex than the original Shrek 4-D try-out, and offered guests inside the park one of several time windows in which they could return on the same day.

Right now, this test is still ongoing and while it is unclear how long this test will go on for, it looks like Universal is using their app to lay the groundwork for one of their biggest projects yet:

Universal has always been seriously lagging behind Disney regarding a free fastpass system. When we visited the main thing we noticed was how big the queues were and it did sour our experience. The more time people are in the queues, the less time they are spending money. Yes you could pay extra to skip the queues but it's a lot of money for a family. I surprise the 100% virtual queue is the next step, so we will have to see how that pans out. Maybe they should automatically assign times to you for certain rides when you buy your ticket?

Universal Orlando has also started issuing a fast-pass like return system for the pteranodon flyers as well. They have a little area just outside the entrance where you can pick up a paper slip, but behind the attendants are computer screens where conceivably, you'll be able to choose a time.