It's Official: You Won't Have to Wait in Line at Universal's Water Park

Earlier this week, Universal Orlando Resort revealed some exciting information about its new not-a-water-park water park Volcano Bay. One of the resort's most exciting revelations was of the park's final attraction: the Krakatau Aqua Coaster. This new “water coaster” attraction will allow guests to board custom-designed canoe-shaped vehicles that will make use of linear induction motor technology that can propel riders up hills, blast them through waterfalls, and plunge them down into darkness. This new system is especially exciting, as it doesn't require the use of gravity for forward propulsion, which means riders don't have to ascend a giant stair tower to get to the ride!

However, while the news about the final ride at Volcano Bay certainly is very exciting, Universal also made another big announcement this week, confirming something about this upcoming park we long expected: a queue-less line system that uses wearable technology is coming to Universal Orlando, and will be making its debut at Volcano Bay in the summer of 2017. Here's everything we know about this new system thus far. 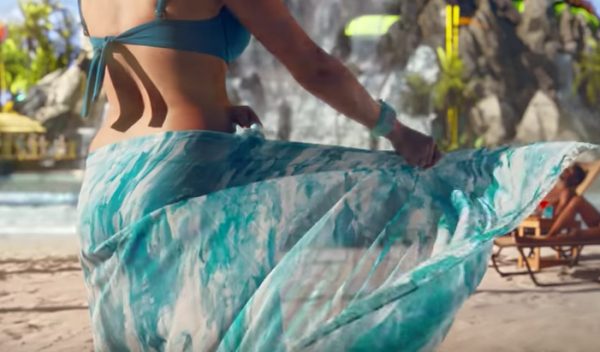 Universal has previously mentioned that one of their goals for Volcano Bay is to create a park with no queue lines whatsoever, and to accomplish this goal they have confirmed that they will be using a new system known as TapuTapu. The cornerstone of this system is a wearable wristband that allows guests to virtually wait for an attraction without ever setting foot in an actual queue. However, if you think TapuTapu is just a copy of Walt Disney World's MyMagic+, you’d only be half right.

While the wearable angle does seem a lot like what Walt Disney World guests have been using for several years now, the actual TapuTapu system will actually work more like legacy FastPass in practice, as guests will need to “tap in” to an attraction in order to save their spot in a virtual line and then return to that attraction later when it is time to ride. And also like legacy FastPass, guests using TapuTapu can only wait for one attraction at a time. 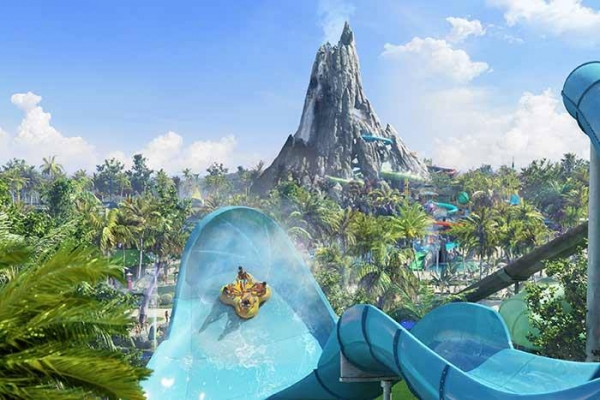 Once a guest has tapped in, they will be able to do a number of things during their wait time, including cruising down the lazy river, playing in the kids’ splash area or grabbing a drink. Then, when the wait time is down to 15 minutes, guests’ wristbands will vibrate, letting them know that it is time to head back to the attraction, where they will (in theory) be able to board the ride immediately.

The system is simple on its surface, and looks like it will be an interesting hybrid between Walt Disney World's current FastPass+ system and the legacy FastPass system still in use at Disneyland. However, some questions remain about how this will work from a practical standpoint. For instance, while it is great that guests won’t have to wait in line for the park’s twelve different slides, all of those guests not in line will still need something to do during this downtime, and even though there are four different pools as well as a play area, when you have a park full of guests who aren't in line, heading into a packed pool might not sound like the best idea. Universal will either need to severely limit the amount of guests who can visit the park per day to keep crowds (and virtual wait times) manageable, or invest in some in-park entertainment options beyond simply lazy rivers and pools if it is to keep guests happy (and not bored) while they are waiting for attractions. 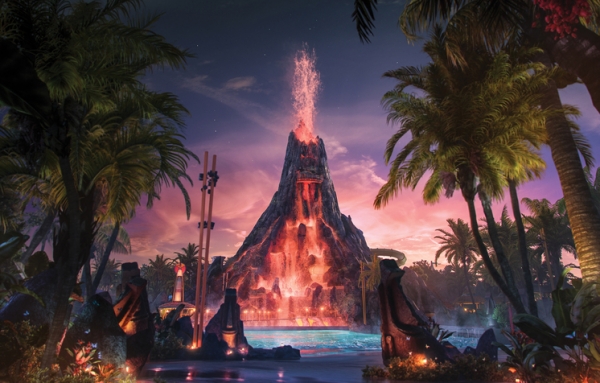 Though the primary function of TapuTapu will be to facilitate queue-less waiting for attractions, this technology will have another function as well...

1) will i be able to wait for another slide while "virtually" waiting for another? if not, that seems limiting
2) those bands are HUGE but with haptic feedback, they need the space. what about battery life?
3) do you keep the device after a day at the pool? or do you return it so it can be recycled/charged for another guest?

i like the idea of the virtual wait, but i would have hoped you could do several waits at once, but i take it the band has no indication as to what ride is "open" and would either require a number of "check stations" to verify what ride, or have the individual ride operators tell you if you need to go to another one. confusing