Though you might still be taking down your Halloween decorations this week, it looks like Disney is ready to move on from this holiday as quickly as possible, and has gone ahead and surprised guests by opening almost all of its limited-time Christmas offerings at the Magic Kingdom this week, including a long-running fan favorite attraction that is returning to the park for its fourth year... 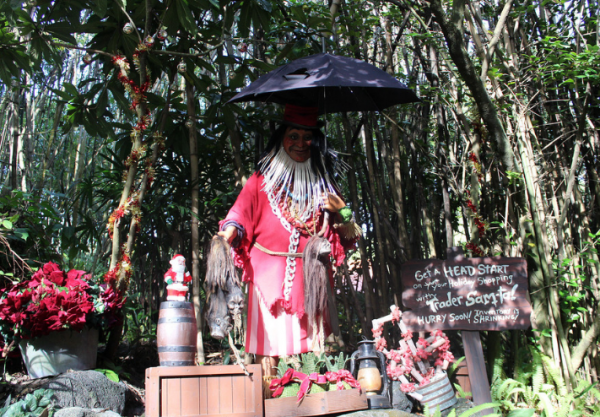 Get ready to celebrate a happy "gnu" year, as the Jingle Cruise, the Christmas overlay of the Jungle Cruise attraction which first debuted in 2013 is back again at the Magic Kingdom as of November 1 after an overnight transformation on Halloween night. And while this overlay has come to the park much earlier than in years past, the 2016 edition of the Jingle Cruise is now operational with new props, gags, and jokes that will be sure to delight fans of this seasonal attraction. 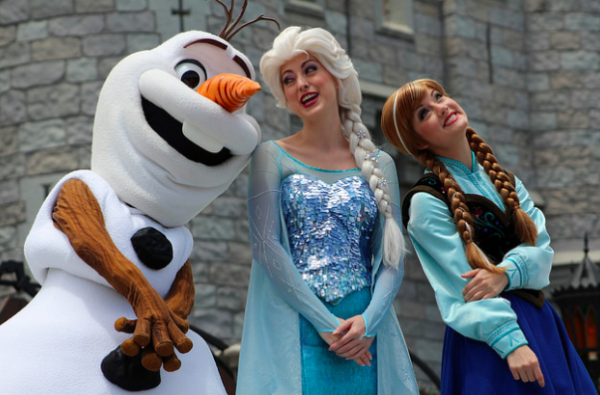 When it debuted earlier this year we were told that Mickey's Royal Friendship Faire would feature seasonal changes, and sure enough in early September this show introduced a fun, fall finale. And now that the holiday season is (apparently) upon the Magic Kingdom, it looks like this show is set to change again, with a fun, wintertime finale set to debut on November 2, 2016 that will find the Mickey and his friends donning new outfits and getting into the holiday spirit at the end of every show.

A Frozen Holiday Wish lights the night this week as well 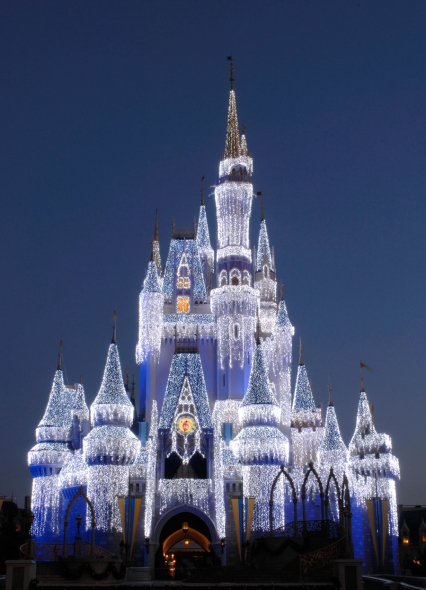 Also on November 2, the Magic Kingdom will have its first showing of the nightly A Frozen Holiday Wish castle lighting show. This show is expected to be essentially unchanged from last year, and much like the Jingle Cruise, this holiday-themed entertainment offering is debuting much earlier at the Magic Kingdom than it has in the past, which might have you asking a simple question...

Why is the Magic Kingdom getting an early start in 2016?

Though Disney hasn't officially said why they it is opening their seasonal attractions at the Magic Kingdom much earlier than it did in 2015, we have one theory: the absence of the Osborne Family Spectacle of Dancing Lights. In years past, this was always the first holiday entertainment to kick off at the resort, with last year's finale edition lighting up Disney's Hollywood Studios on November 2, 2015 to massive crowds. Perhaps Disney is trying to duplicate this early holiday boost this year at the Magic Kingdom? It certainly seems plausible.

Are you excited to see all of these holiday favorites return to the Magic Kingdom so early in the season? Or do you think it is a little too soon for holiday-themed festivities at this park?

Just wanted to say that we were in MK the 2nd week of November (8-14) and we had the Jingle Cruise overlay, way before the stated Nov 23 in the article.