Is Disney Springs in Trouble?

Ever since it was first announced back in 2013, Disney Springs has proven to be a controversial subject among Disney fans. Many still long for the days when Downtown Disney was a simpler concept, and feel like the new direction for this shopping, dining and entertainment district marks an unfortunate shift away from the uniquely “Disney” feel of its predecessor.

Fast-forward to fall 2016, and those who have been critical of the Disney Springs project have been keeping a close eye on a number of troubling developments at this shopping district in recent days, citing things like the recent reduction of hours at Amorette's Patisserie and the newly-confirmed seasonal closure of AristoCrepes as anecdotal proof that Disney Springs is already a failure, despite only being technically open for just a few months. But is there any real validity to these claims? Let’s take a look at what is REALLY going on right now at this shopping district...

1. The Town Center district has a lot to prove, but it is just getting started 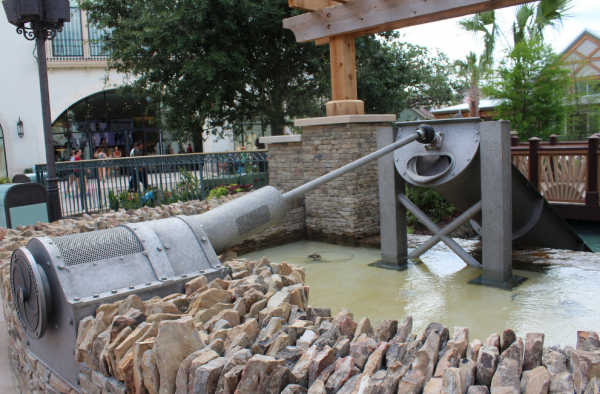 The Town Center area of Disney Springs has probably proven to be the most controversial aspect of Disney Springs, as many have likened this area of the shopping district to a standard outlet mall, with shops like Sephora, Anthropologie, Under Armor, Everything But Water, etc., making up the bulk of the district's lineup. However, despite whatever misgivings guests might have about the retailer lineup, the fact is that the Town Center area of the shopping area is so new, that it simply hasn’t had a chance to succeed or fail just yet.

While the hours change at Amorette’s Patisserie in this district may indicate that this particular establishment (which is owned by Disney) might be underperforming right now, the fact is that this area of Disney Springs is still too new to make any wide-sweeping judgments here, especially as we’re coming up on the inaugural holiday shopping season for this district, which will be the first true test of the viability of the Town Center. If holiday shoppers show up in droves in November and December, you can bet the Town Center will continue to grow and attract new retailers. However, if this area of Disney Springs struggles during the holidays, then it may be time to start talking about potential issues with this area.

2. Even more construction is due in the near future that will allow Disney Springs to handle BIGGER crowds. 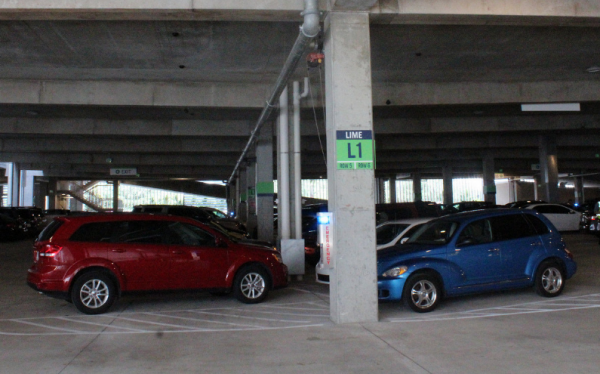 While the bulk of the reinvention of Disney Springs involved the construction of the aforementioned Town Center District, there are even more changes on the horizon for this shopping district. In the short term, more stores and restaurants are expected to open in the next few months (including the highly-anticipated Polite Pig restaurant), but thinking beyond 2016 and 2017, Disney has also green lit a new project that will bring a third parking garage, more transportation changes, and additional routes into Disney Springs by 2019. While it's impossible for anyone (even Disney) to see the future, initial returns must be pretty good for Disney to green light this further expansion, which is definitely a positive sign.

Walk around and notice the shopping bags people are holding.They are all from the Disney stores not the "mall" stores. This is Disney World not Mall of America. People want and expect Disney merchandise and this is what they buy. Disney management just needs to walk around,open their eyes,and observe what people are buying. It's a no brainer this concept is a loser.

Adding that overpriced mall and those parkinggarages removed the fun atmosphere. It was such a nice place in the earlie 2000s....

Just my thoughts...why not build 2 or 3 Marketplaces/Boardwalks around the property. That would solve the overcrowding and still keep thst romantic atmospherr thst is now totally lost by adding Town Center. Heck, even adding the West Side was wrong. It never really fit.

I miss the Marketplace that it was years ago. Bigger is not always better!

i think DS will come into its own. It'll need time to develop into something. Although i doubt people will be going to DS to do their shopping for Sepoora or Underarmor, I can see some other stores doing well (Uni Qlo, VB, etc). I like the fact that there is so much to see/do. My regret is that I don't spend enough time in the area. Been to WDW 2 times in a year, but never really explored the food options, or all of the stores.

I like the Springs area, but the problem is too much, too soon. I know they let Pleasure Island sit idle for years before working on The Landing, but Disney went 0-60 quickly in opening up its new stores. The Town Center introduced dozens of new mall-like stores, and The Landing added a LOT of restaurants. Of course, according to Disney, this is what people wanted.

But I almost feel like it's too much. STK has gone on record about attendance issues already. Morimoto isn't nearly as busy as it has been in the past. Aside from T-Rex and Rainforest Cafe, I don't think most of the restaurants are packed. And this is before Planet Hollywood and Paddlefish open back up.

It's great there's so much variety, but eventually the restaurants will start hurting for business, unless Disney Springs becomes a destination for locals.

I think in an effort to get as far away from the Pleasure Island days as they could, they went too far in the other direction. Tourists will keep coming, but you need the locals, too, which is something PI brought in daily.

Though I like the areas Disney has created with the new Disney Springs, I feel that after spending thousands of dollars to vacation at any of the resorts, disney is pricing themselves out of business in this new and improved area. Though a very few of the restaurants and shops are affordable for any family, most are way out of reach to all but the wealthiest of clientele. Oh how some of us long for the days of Disney Village!!