Disney's Hollywood Studios is Vanishing in Front of Our Very Eyes

It’s no secret that Disney’s Hollywood Studios has lost a lot of attractions in recent years with more than a dozen closures happening at this park since 2014. However, even though some of these closures paved the way for new attractions (it only took a few months for the Magic of Disney Animation to switch over to the Star Wars Launch Bay and For the First Time in Forever: A Frozen Sing-a-Long moved into its current location less than a year after The American Idol Experience closed), the vast majority of these closures have been in preparation for the twin projects of Toy Story Land and Star Wars Land, which still have yet to officially break ground.

While we’re certainly excited for these two new lands to be built eventually (no target opening date has been announced), the process of demolishing so much of the park in the process has shrunk Disney's Hollywood Studios dramatically, with a third of the park's land simply vanishing from guest view behind walls. Don't believe us? For comparison’s sake, here’s a map from 2014: 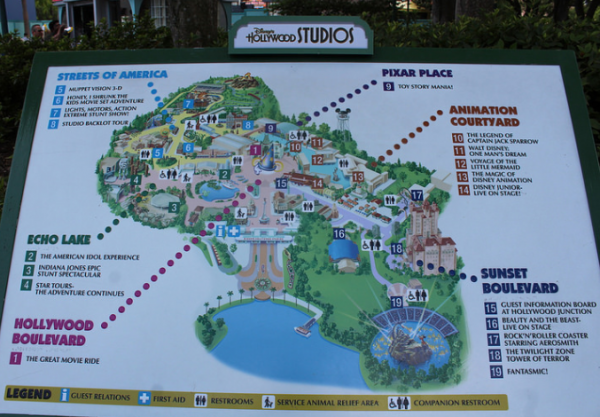 And now here’s the park today: 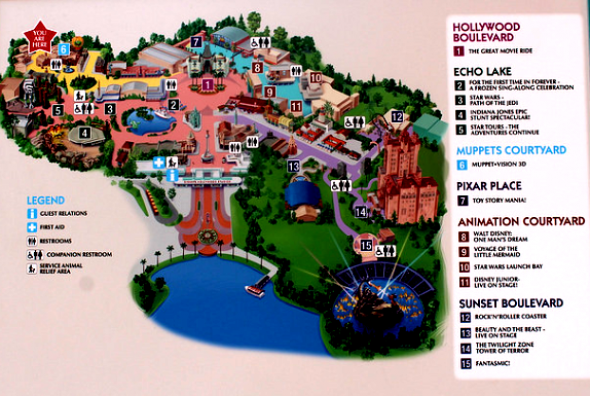 As you probably noticed, not only is the number of attractions lower on the bottom map, but the back third of the park is completely missing. So how did we get here? Well, it started back in 2014… 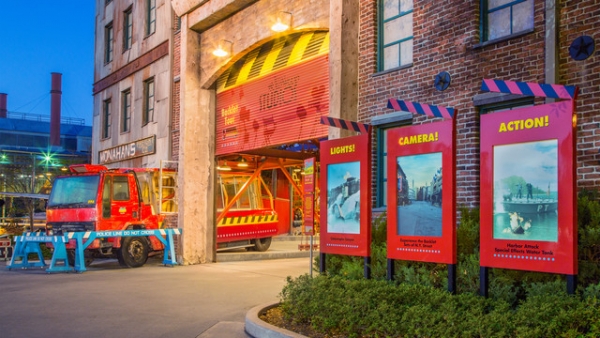 The downsizing of Disney’s Hollywood Studios started just two years ago with the closing of the Studio Backlot Tour on September 27, 2014. Back then, there were no announced plans for Star Wars Land, Toy Story Land or anything else. However, just a few weeks later on November 6, 2014, the nearby Legend of Jack Sparrow closed as well. Fans couldn't help but notice that these two attractions were located right next to one another, and rumors started flying about an expanded Pixar Place potentially coming to this area after the adjacent One Man's Dream and Voyage of the Little Mermaid closed (which of course, never happened).

During this time, rumors about an eventual reinvention of Disney's Hollywood Studios also surfaced, and while we are still waiting for an announcement regarding this particular development, what happened next seemed to confirm this park's quest for a new identity. 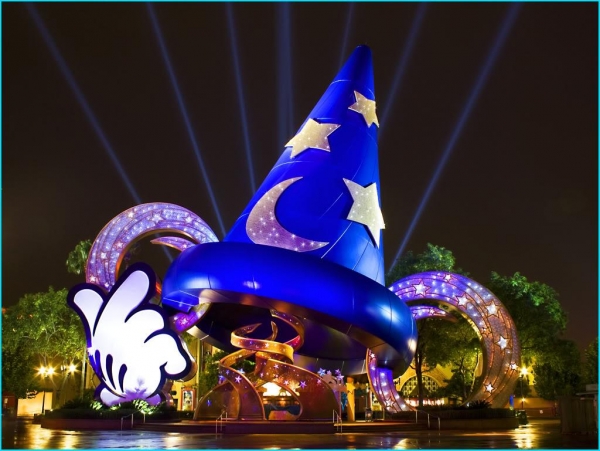 Love it or hate it, the Sorcerer's Hat at Disney's Hollywood Studios proved to be a very striking icon for the park. Though it was only intended to be a limited-time decoration for the 100 Years of Magic promotion in 2001, this structure hung around for 15 years, becoming more of an iconic symbol of this park than its original symbol, the Earffel Tower. However, in late 2014 it was revealed that the park icon's days were numbered and in early 2015, demolition began.

After the Sorcerer's Hat was dismantled and removed, Disney's Hollywood Studios sat in a state of flux for several months, as it had already lost a number of attractions (as well as a park icon), but nothing about the future of this park had yet been announced. Behind closed doors, plans for the 1.0 version of Star Wars Land (which was originally rumored to be heading to the Echo Lake area of the park and simply added a restaurant and kiddie attraction near the pre-existing Star Tours) were being criticized as too simple, and the original idea was scrapped in favor of a new, immersive land that would be built overtop the current Streets of America. 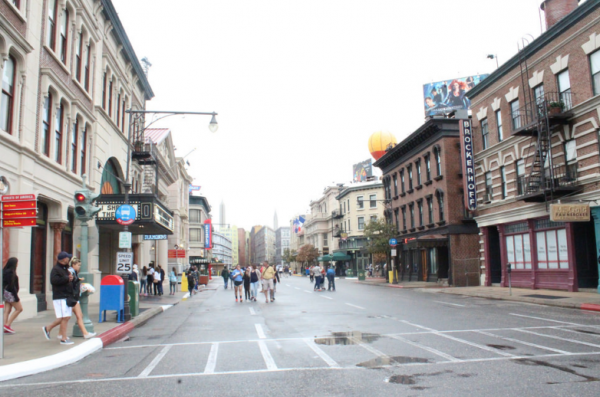 But what would happen to the area that was taken up by the former Studio Backlot tour? This spot had been gathering dust for nearly a year by this time, and with no plans announced, many guests were wondering what was going on here. However, in an effort to try and get something into the park that wouldn't be as involved as Star Wars Land (and could potentially open much faster), it was decided that a new version of the Toy Story Playland, which can be found at both Hong Kong Disneyland and Walt Disney Studios Park at Disneyland Paris Resort, would be erected in this area.

The tail end of 2015 brought the official announcement of both Toy Story Land and Star Wars Land, but unfortunately no opening timeline was given, and Disney had no comment about rumors that the park was getting a new name. Which brings us to more recent history...

Toy Story Land has broken ground. Most of the footers for the slinky dog coaster have already been poured and the initial concrete work for the alien saucer ride has been set for a couple weeks. That structure along with the temporary forms for the coaster's load/unload building have already seen vertical construction taking place.

The crime is no more Osbourne lights AND paying full price for this small of a park!

I just think this park should had announced a few more attractions aside from Toy Story and Star Wars, and added a few more new characters like Star Butterfly & Marco Diaz(NOT these two weirdos that goes by the names of Pickle & Peanut), Nick Wilde & Judy Hopps, etc.

The whole park is shrinking, except for the tickets...