It may be hard to believe, but it has already been nearly three weeks since Hurricane Matthew threatened central Florida and caused Walt Disney World's theme parks (as well as every other theme park in the area) to close in anticipation of this storm. However, thanks to a very fortunate last-minute shift in the track, the brunt of this storm did not have as great of an impact as was predicted on Orlando theme parks, and after just 36 hours, operations at Walt Disney World, Universal Orlando Resort, and other parks in the area were more or less back to normal.

However, though the immediate ramifications of the storm on the Orlando area were fortunately quite minimal, that doesn’t mean there haven’t been some lingering effects. From the extension of a popular special event to some aesthetic changes around Walt Disney World, here are some ways that this storm is continuing to impact Florida theme parks, despite the clouds long since clearing. 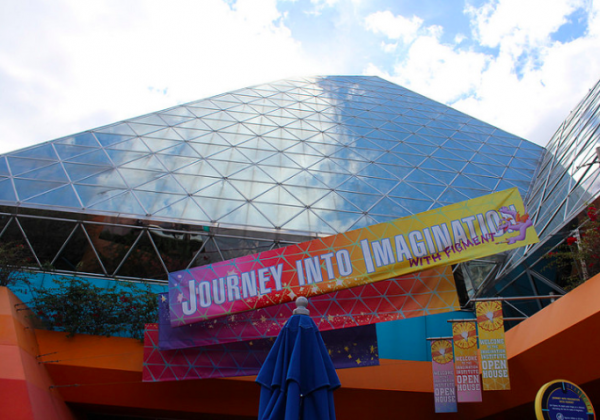 As mentioned previously, the tie-down process at Walt Disney World is very swift, with loose articles being either tied down or disappearing altogether from the parks and resorts in just a few hours. And though Disney got things more or less back to normal at its theme parks with lightning speed on the Saturday following Hurricane Matthew, there is some lingering evidence of the great tie-down of 2016 around the park if you know where to look.

For instance, the Journey Into Imagination banners (which you can see above) were pulled off of the Imagination pyramids before the storm hit, and even though the storm has long since passed, these banners are still missing from this pavilion. In addiiton, other loose signage around the resort is also missing as well, likely because many unsecured items are still in a storage area following the hurricane. While we're sure they will all be put back at some point, for now, the few missing things around the park are yet another reminder of how thorough Walt Disney World is when preparing for a storm. 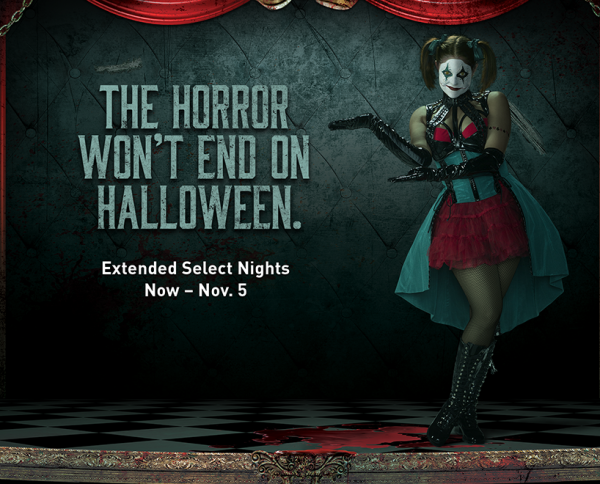 Though there was some uncertainty at first about how Universal Orlando would handle Hurricane Matthew (a storm has never threatened Halloween Horror Nights before), the resort ended up cancelling two nights of this event right before this storm was scheduled to hit. And though Universal has offered guests who were impacted by these closures a number of options for either getting a refund or another night's admission, it has now gone a step further and confirmed that they will now be extending this event for two additional days, presumably to make up for those lost during the closure earlier this month.

After October 31, Halloween Horror Nights will be taking a small break from November 1-3, but the event will then be back for two last screams on Friday, November 4 and Saturday, November 5, nearly a week after the event was originally scheduled to close.

During these two bonus nights the park will operate as usual with all haunted houses and scare zones open, and there will be no changes to any of the park's show times during these special extended event nights. Operating hours for these additional nights will be 6:30 PM – 1:00 AM on both nights and The Repository add-on virtual reality experience will be available for purchase as well. Guests can now purchase tickets for these two event nights for $59.99 for Friday and $66.99 for Saturday here. In addition, Frequent Fear Passes are good for Friday’s event, and Frequent Fear Plus passholders will be able to attend Saturday’s closing edition of Halloween Horror Nights as well.

Now while the above two side effects are short term in nature, there are also some longer-term lasting effects from this hurricane as well...

Hope Disney will bring back those great 12.99 lunchboxes next time. They were such a great value.