Another Day, Another Closure at Disney's Hollywood Studios

Though we know that the ultimate goal for Disney’s Hollywood Studios is to eventually give this park a new mission (and reportedly, a new name as well), progress has been gradual, with attraction after attraction closing over the past two years, and no opening target yet announced for either Toy Story Land or Star Wars Land. And while Disney has done a great job introducing some new attractions for guests to enjoy in the meantime while these huge construction projects are underway (including the recently announced Jingle Bell, Jingle BAM seasonal show), it’s still tough for longtime fans of this park to lose classic “Studios”-style attractions, including the Magic of Disney Animation and of course the Studio Backlot Tour.

However, even though we thought we had finally reached the end of all of the closures at this park, it looks like there was one remaining piece of the “old” Disney’s Hollywood Studios still lingering around, which has now been confirmed to be in the process of going away forever... 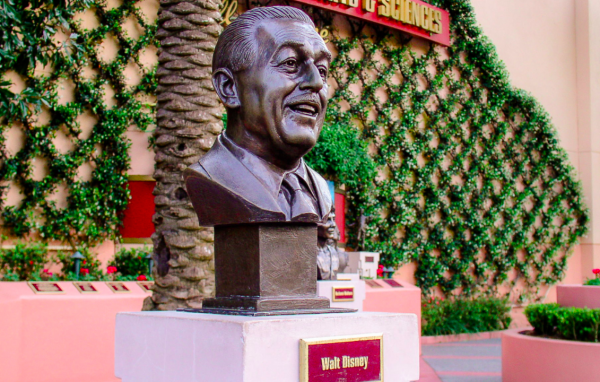 If you’ve ever walked down Commissary Lane on your way to Star Tours or the Muppets Courtyard, you might have noticed a collection of busts on the right side of the walkway. Though few guests stop in this area for anything other than a quick selfie, The Academy of Television Arts and Sciences Hall of Fame has actually been at this park for more than two decades, opening in 1993, two years after the original Academy of Television Arts and Sciences Hall of Fame Plaza opened in Hollywood back in 1991. In case you've never stopped by, this small outdoor exhibit features a number of busts of influential media giants, including Barbara Walters, Betty White, Oprah Winfrey, Mary Tyler Moore, and of course the one and only Walt Disney.

The exhibit has never really been all that popular, and several weeks ago walls mysteriously went up around this area. Many guests assumed that this meant it was the beginning of the end for The Academy of Television Arts and Sciences Hall of Fame, and though Disney was silent at the time, sources have confirmed that this outdoor exhibit is indeed in the process of being taken down behind these walls. However, in a rare spot of good news, these busts are not headed for the dust heap, as a Disney spokesperson has confirmed to the Orlando Sentinel that everything from this exhibit is being packed up and returned to the Academy of Television Arts and Sciences. However, there’s more happening here than just the pulling down of a few bronze busts… 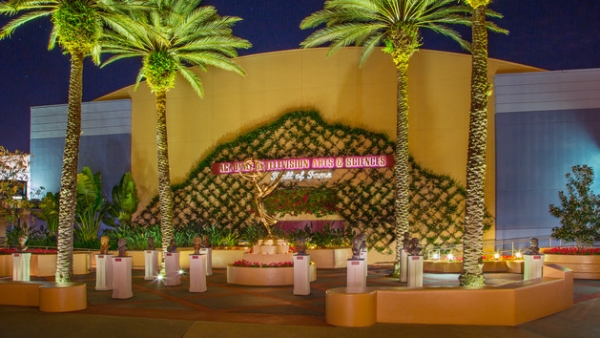 According to several sources, Disney will be opening a new food and beverage offering in this space sometime in the near future. Given the space constraints of this area (and how small the walled off area is), we’d anticipate this will likely be either a kiosk-based offering (like the short-lived Echo Lake Eats dining option which opened this past summer and was quickly shuttered after only a few months) or an outdoor grab 'n go spot similar to the Liberty Square Marketplace at the Magic Kingdom.

Though we don't exactly know when this new dining area will open, a Walt Disney World spokesperson speaking again with the Orlando Sentinel confirmed that the area should be cleared by Thanksgiving, which implies that Disney is hoping to get this new dining option open for the influx of guests expected to show up at this park during the holiday season.

I'm both sad to see old attractions go AND excited about new things to come. It's not an either-or choice.

I remember the days of Disney-MGM Studios, and then Disney Hollywood Studios, and when new things go in, and old things leave. As things change, I like to have as much notice as possible so I can see things and experience them while they're around - and then always remember that I was there "back then." I was sad when River Country closed, but I love Blizzard Beach and Typhoon Lagoon. I'll be sad that the busts are gone, and happy with the new things coming.

Sad to see it go. Especially the bust of Walt. but hey, why leave a memorial the FOUNDER of this whole place when we can have another (unneeded) money making food stand. Thanks Corp Disney for continuing to give me more & more reasons never to return.

Taking this out doesn't really bother me, what bothers me is that it takes 5 plus years to complete a project at Disney. Disney has completed complete theme parks in 5 years. It is somewhat ridiculous to expect guest to pay full price to enter a 1/2 of a working theme park. Avatar might be great, Star wars should be great, Toys story land (who knows), but when Universal has a turn around of half the time, it is mind boggling the pace at which Disney works and expects consumers to wait and pay full price. Even with the expansions, Epcot, Hollywood Studios and Animal Kingdom all could use another new attraction/show that takes two years or less to build to make the parks worthwhile while the other lands are built (A dream I know).

Disney should only charge half price for half a park, but that wot happen.

So sad to see yet another closure at Hollywood Studios. Why don't they just close the park, get all the new things finished and then re-open? I don't understand what is going on with Disney World. Closures all over all the parks. This is why Universal is getting out Theme Park $$$$ and not Disney World.