It has been a busy few months at the Disneyland Resort, with the inspiration behind the new Guardians of the Galaxy: Mission BREAKOUT ride detailed just a few days ago plus work on Star Wars Land moving along at a very fast pace (eagle-eyed riders on the Big Thunder Mountain Railroad have even been able to spy what looks like an eventual entrance to this land being constructed in recent days!). However, in addition to these long-term developments, there are some other, more immediate things happening at Disney's west coast park that all fans should definitely know about, from the end of FastPass distribution for a popular attraction to an interesting character shuffle at the Star Wars Launch Bay.

But first, let's get this month's update started with some dramatic changes happening to what used to be one of the most iconic structures at Disney California Adventure...

1. The Twilight Zone Tower of Terror gets buried under scaffolding and tarps for its final weeks of operation 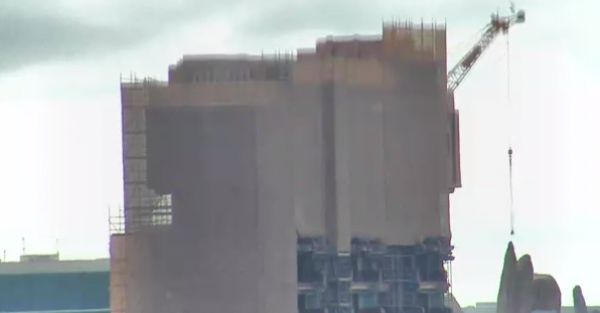 Last month we were stunned when Disney pulled down the iconic Twilight Zone Tower of Terror sign after hours. And unforutnately for fans, it looks like the sign removal was just the beginning, as this attraction will be going through even more physical changes before its final closure in January. In recent days extensive scaffolding has been put up right next to the Twilight Zone Tower of Terror and tan-colored tarps are now covering nearly all of the top of this building (as well as a good portion of the left side) as it gets ready to transform into the industrial-stylized Guardians of the Galaxy: Mission BREAKOUT attraction, which is set to debut next spring.

And while this ride is still operating daily, only the exposed portion of the elevator shafts is now visible, and you'd be forgiven for thinking the attraction is already closed just by looking at it. This wrapped-up icon looks even more striking at night: 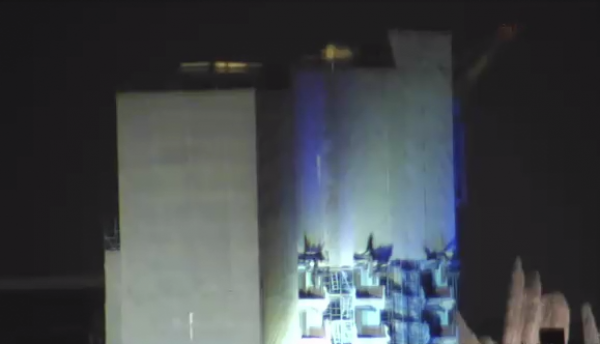 Even though the Twilight Zone Tower of Terror's "Late Check Out" event (which has brought special commemorative merchandise, photo ops, and even an all-new after-dark ride experience to Disney California Adventure) was supposed to be a celebration of the history of this attraction before its upcoming retirement, it looks like these last few weeks are going to be bittersweet for fans, as The Twilight Zone Tower of Terror now looks absolutely nothing like a spooky early 20th century hotel, and unfortunately, never will again. 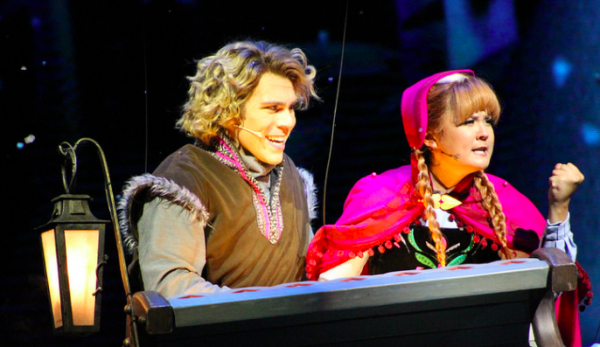 This week it was also announced that the blockbuster Frozen – Live at the Hyperion show will no longer have guaranteed FastPass seating on a daily basis, instead only offering the service on peak days as needed. This is certainly a curious decision, as Frozen - Live at the Hyperion has proven to be quite a blockbuster at Disney California Adventure, with fans rushing to the FastPass distribution machines early in the morning on an almost daily basis. However, it now seems that the only way to ensure you have a seat to this show is to either purchase one of the Frozen premium dining packages, or arrive at least an hour prior to showtime to wait for the doors to open.

I realize that the Frozen stage show requires more talent than a regular meet and greet the people in that picture look nothing like Kristoff or Anna.

Also >$400 for what is essentially a weekday pass to Disneyland?! Ouch. I guess I shouldn't complain about the prices of annual passes here at Disneyworld.