Walt Disney World’s theme parks will be closed today for the first time in over a decade, as Central Florida braces itself for the impact of Hurricane Matthew.

The area’s other major theme park resorts, including Universal Orlando, SeaWorld Orlando and LEGOLAND Florida are also not admitting guests to their parks on Friday, with powerful winds and torrential rainfall expected. It is not yet known whether the parks will reopen on Saturday, with this likely to depend on the exact trajectory of the hurricane and the level of damage that it causes.

Of course, there are still thousands of guests staying at the resorts’ on-site hotels, with both Disney and Universal advising them to stay indoors at all times. Inevitably, with the parks closed, some logistical problems have been encountered – with the biggest being how to feed an entire hotel full of guests without diners being staggered in the usual way (Theme Park Insider reports some disgruntlement among Disney guests over the price of food).

Some Florida residents have chosen to hunker down at one of the resort hotels rather than stay at home. This includes our own News Editor, Amanda Kondolojy, who is staying at Disney’s Caribbean Beach Resort. Her photos below give some indication of the level of crowding, as well as showing an ominous grey sky which moments before had been bright blue. 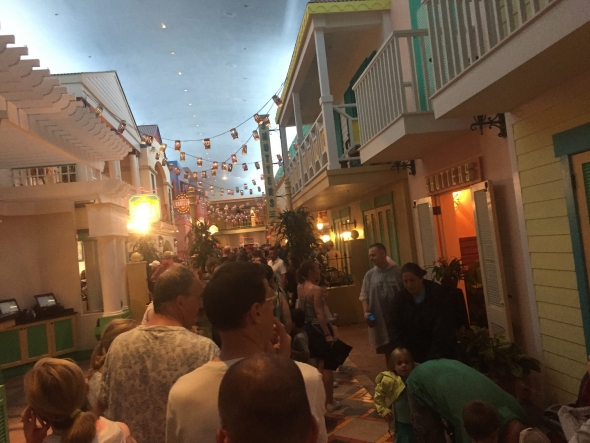 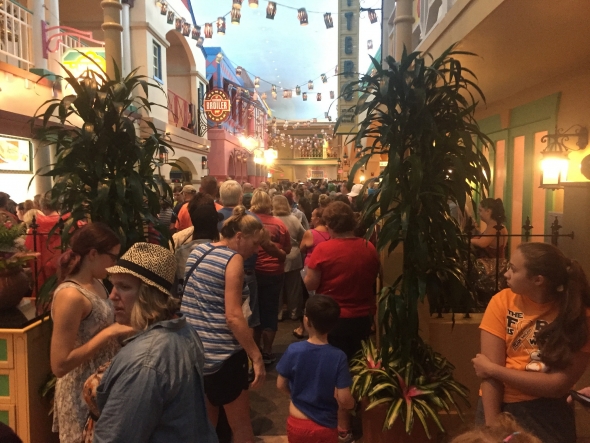 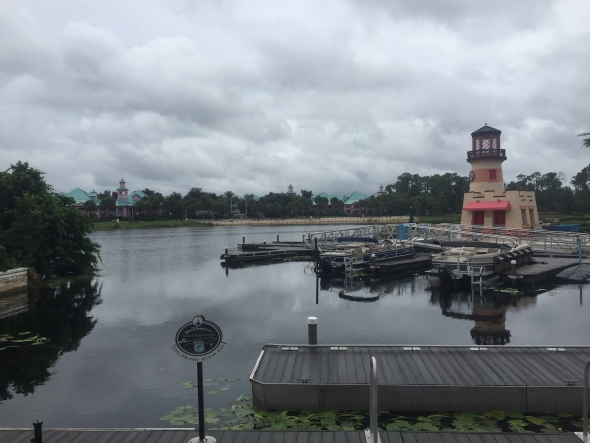 Walt Disney World resort is unique as it has a number of disaster command posts that can dispatch supplies and personnel as necessary to hotels to ensure that guests have adequate supplies (which may include bottled water, food, etc.) in the event that Matthew veers landwards and Orlando takes a particularly severe hit.

In addition, if conditions look especially perilous, Disney will communicate evacuation procedures to guests in the event that a move to an interior room without windows (like a ballroom or interior meeting area) becomes necessary. 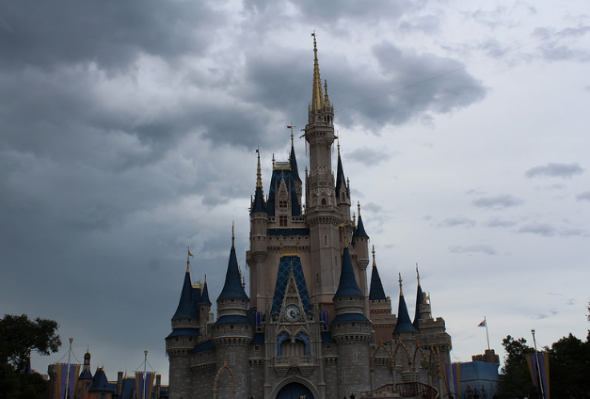 Cast and Team Members at the resorts have already been busy, conducting tie-down operations. This essentially means removing all loose items around the parks and hotels, such as trash bins, tables and chairs, before storing them in a secure location. Hanging signs and banners will also have been tied down and secured with rope and zip ties.

This may seem like a silly question but what happens to the animals at Seaworld during a hurricane? Their small tanks do not seem very suitable for riding out such a strong storm.

Hype Builds For TRON Lightcycle / Run With POV Video Release, Here Is How It Looks!