Though construction has been really ramping up at Disney’s Hollywood Studios in recent weeks, Pandora: The World of Avatar is less than a year away from opening, and Epcot increasingly looks like it is on the cusp of a new renaissance (at least in Future World), one park that has always had a reputation for consistency throughout the years is the Magic Kingdom.

However, even at Walt Disney World's first theme park, change seems to be in the air, as the Magic Kingdom is debuting a brand new Muppets-themed attraction on October 2, 2016 in Liberty Square and is strongly rumored to be getting a Wreck-It Ralph themed attraction sometime in 2017 or early 2018. However, outside of these confirmed and rumored additions, some other interesting changes are happening around this park that fans should probably know about. In the spirit of the Magic Kingdom's 45th anniversary, let's take a quick look at what fans can expect both now and in the very near future at this park...

1. Tomorrowland is in the middle of a serious makeover 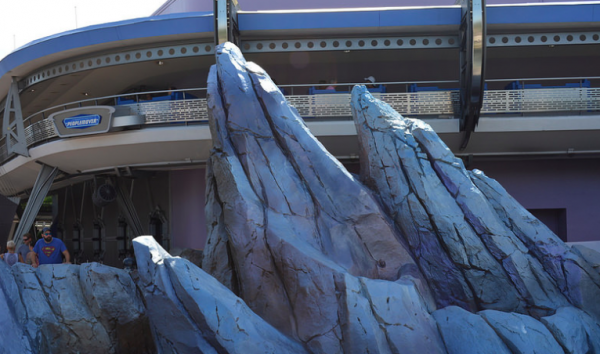 Several weeks ago we noticed how some interesting changes were happening in Tomorrowland, with the rocks in front of this land mysteriously beginning to change color right before our eyes. And now it looks like this project is nearing completion, with almost all of the formerly pink-beige rocks now sporting a metallic blue color that matches the nearby Tomorrowland Transit Authority PeopleMover. And while this change is really quite striking (you can't miss the entrance to Tomorrowland now!), it is actually not the only change happening in Tomorrowland.

Just a few days ago, lighting upgrades were installed in several places around Tomorrowland, including outside Space Mountain and around Stitch’s Great Escape and the Monsters Inc Laugh Floor (you'll have to visit the land at night to see them, of course). And while we already saw the Carousel of Progress’ new exterior recently, the classic attraction was recently given a new sign to match its brand new look.

And while all of these aesthetic upgrades in Tomorrowland are already pretty cool, insiders say that more upgrades for the land are on the way, with additional paint touch-ups and other various theming improvements coming to a number of spots around this land in the next few months. Though we've written quite a bit about the so-called Tomorrowland problem, it looks like Disney is making a concerted effort to make the theming much more cohesive in one of its most iconic lands, which is definitely great news for Magic Kingdom fans.

And of course, we'd be remiss if we didn't mention the biggest rumored change set to hit Tomorrowland, which is said to be coming in just a few months, when Stitch’s Great Escape finally closes for good. While this attraction is just moving to seasonal operation this week, reports suggest it will close for good early next year in preparation for what is strongly rumored to be a Wreck-It Ralph virtual reality attraction, currently said to be targeting a late 2017 or early 2018 opening. We've got a lot more information about this rumored new attraction here. 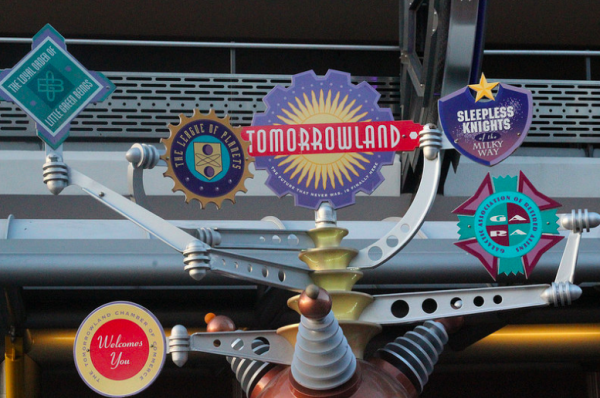 It has been some time since Tomorrowland has gotten this level of attention (its last new attraction was the Monsters Inc Laugh Floor, which opened almost a decade ago), and we’re happy to see this area of the park finally get some much-needed love.

Managing editor of Theme Park Tourist and dark ride enthusiast. Amanda is a lifelong theme parks fan who lives just outside Orlando. When she’s not booking FastPass+ reservations, standing in a queue or eating the latest specialty cupcake, you can find her watching a Marvel movie, reading a book (probably by Neil Gaiman) or singing along to showtunes in her car.  Contact: A[email protected]