Though we’ve already discussed at length the numerous attractions, characters and more that will be leaving Walt Disney World this fall (including nearly half a dozen cuts at the Magic Kingdom park, specifically), this season will be also bringing a number of new experiences to the resort as well. Here's everything new that guests will soon be able to check out in the coming weeks at Walt Disney World! 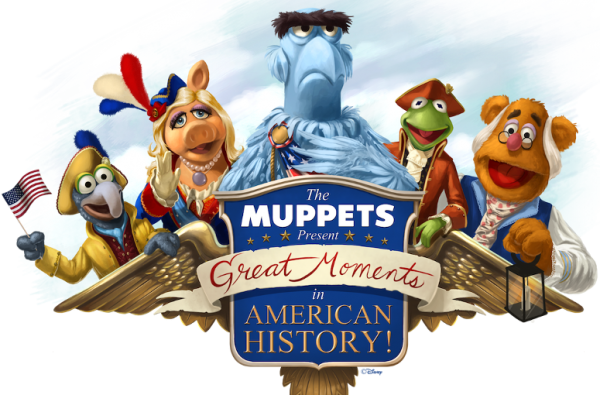 Just one day after the 45th anniversary of the Magic Kingdom, The Muppets will arrive at this park on October 2, for the opening of their new live show, The Muppets Present… Great Moments in American History.

This new show will be hosted by human character James “J.J.” Jefferson, town crier of Liberty Square, as well as Sam Eagle, and will feature familiar characters like Kermit the Frog, Miss Piggy, Fozzie Bear and The Great Gonzo recounting famous historical tales, including the signing of the Declaration of Independence and the midnight ride of Paul Revere.

The show will take place several times daily right outside the Hall of Presidents, and will feature interactive elements as well as an original song written specifically for this new show. You can lean more about The Muppets Present… Great Moments in American History here.

Just a few weeks ago we reported that Disney's Animal Kingdom park operations had taken over putting the finishing touches on Rivers of Light (which essentially meant the technical problems with this show were resolved and it was in the home stretch), and in the days since this exciting development, extensive float, lighting and sound tests have been going on both after hours and during regular park operation. In addition, sources say that dress rehearsals will be officially concluding next week, implying that this show will indeed, finally be ready to go sometime in the next month.

As you might expect, Disney is being a little bit cautious when it comes to announcing a firm opening date for this new show (especially considering their last-minute delay back in spring 2016). However, the good news is that insiders are suggesting that Rivers of Light could go through an extensive preview period that may kick off in just a few days. During this preview period, Disney could work out any operational kinks with this show (it has been suggested that operations isn't quite prepared to run the show three times nightly, as was originally proposed) and allow specific groups (members of the media, annual passholders, DVC members etc.) to get an advance look at this show before it makes its official debut. Not only will this provide Disney with a low-stakes technical rehearsal in front of a forgiving audience, but it will also give eager fans a great opportunity to get a first look at this brand new show.

We should know more about Rivers of Light's opening (and potential pre-opening) very soon, as it looks like wait is finally almost over for this much-anticipated show, which is one of the most ambitious nighttime spectaculars ever created for a Disney park, anywhere.

Instead of having Dr. Strange inaccessible to most people (such as long autograph lines), maybe they can have him do a stage dance show on the stage in front of the Chinese Theatre where hundreds can enjoy him.

(that's sarcasm, folks - I feel Disney destroys the mood of Star Wars by having its characters dance for the guests)