This fall is bringing a lot of closures to Walt Disney World. From the Main Street Electrical Parade “glowing” away in just a few weeks to the almost complete shutdown of what’s left of Innoventions, and even the removal of several popular characters, the cuts have been coming in fast and furious over the past few weeks, and many fans have expressed varying degrees of concern in the face of all these closures across Walt Disney World's theme parks.

However, there’s one cut that has been rumored for several months now which was quietly confirmed earlier this week that probably won’t make too many Walt Disney World visitors all that upset…

Earlier this week the Orlando Sentinel quietly published a report confirming that Stitch’s Great Escape, one of the most reviled attractions in Disney history, would be discontinuing daily operation as of October 2, 2016. However, instead of simply shuttering this attraction for good this fall, it was instead confirmed that Stitch's Great Escape would be operating seasonally for the remainder of this year and the beginning of 2017. According to Walt Disney World's official calendar, after the attraction closes on October 2nd, it will only operate for just over three weeks, during the following two "peak" time periods at the Magic Kingdom: 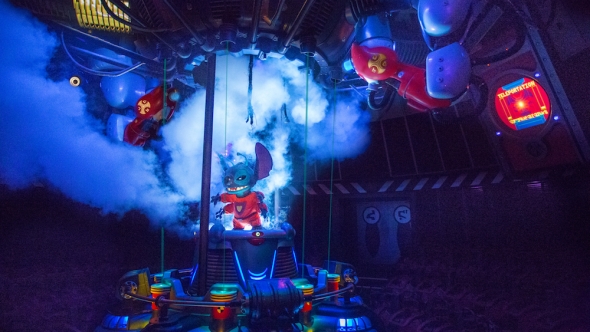 This is a very interesting turn of events, as the last Walt Disney World attraction we can remember that operated on a seasonal basis was the Wonders of Life pavilion, and we’re sure you remember what happened with that pavilion. However, while it's certainly possible for history to repeat itself here, some other rumors that have been circulating recently seem to indicate that Disney actually does have a plan for this space for the near future, and won’t be abandoning this space the same way it did Wonders of Life back in the early 2000s.

Is Wreck-It Ralph officially moving in to Tomorrowland? 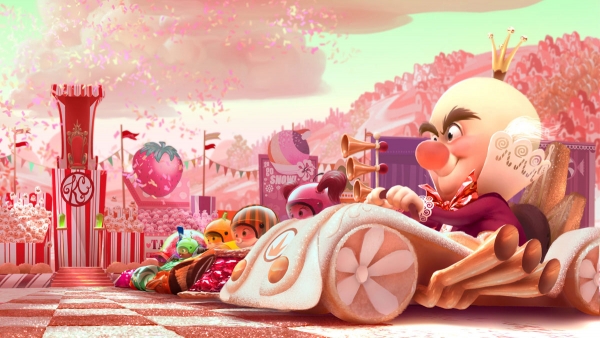 For several weeks now, rumors have been swirling that a new Wreck-It Ralph attraction is on its way to Tomorrowland, and will be moving in to the spot currently occupied by Stitch's Great Escape. And though this development still hasn't been officially confirmed, according to multiple sources, the plan is for this new attraction to be a VR-based racing attraction based on the Sugar Rush game from the Wreck-It Ralph film. Though details are scarce, sources state that the two theaters inside Stitch’s Great Escape will be extensively remodeled to make way for a new seating style that would include virtual reality headsets that would transport guests “inside” the virtual world of Wreck-It Ralph.

Though a Wreck-It Ralph attraction may seem like a bit of a stretch for Tomorrowland (considering the film leans heavily on video game nostalgia from the ‘80s and ‘90s), with a sequel to Wreck-It Ralph confirmed to be hitting theaters in 2018, we can see why Disney would want to get this property in a Walt Disney World theme park soon (the same way it is rushing to get Guardians of the Galaxy: Mission BREAKOUT into Disney California Adventure before the release of Guardians of the Galaxy: Volume 2), and we'd expect an announcement regarding this development in the near future. But of course, Stitch's Great Escape has to actually close first. Luckily, we have a good idea of when a full closure will happen...

WIR ride would blow the Stitch ride out of the water!!! Are you kidding me??? Yes! I'm in California but will 200% visit WDW again JUST for that ride!

See ya later Stitch! Not a fan of this ride at all and won't be sad to see it go.

What does this have to do with the future...And don't talk to me about how Monsters Inc doesn't fit either. One theme break shouldn't justify another.

The ride technology itself. Tomorrowland is the place where the attractions are evolving from ride past the experience, to ride into the experience, to participate in the experience. The point of differentiation of the Disney parks has always been experience over thrills, and a 3-D, real-time, user moderated experience would continue that lineage.

My son will be sad, he actually loves this ride! Not sure about Wreck It Ralph being in Tomorrowland, or with the VR style game. I have a VR with my phone and I can only do certain things on it without getting dizzy. I hear this is a common problem among most people, even those not prone to motion sickness, with the VR headsets.