Things Go From Bad to Worse for SeaWorld Orlando

Though Walt Disney World and Universal Orlando Resort have been grappling with attendance declines at their theme parks in 2016, this has been, at most, a temporary problem for these resorts. While we are seeing budget cuts and other side effects from this disappointing year in central Florida, it is all but assumed these massive resorts will get through this rough patch relatively unscathed, and will of course continue to exist (and thrive) in the future, even if things aren’t looking so great in the short term. However, the long-term outlook for SeaWorld Orlando looks considerably more murky.

After two years of declines and poor earnings for SeaWorld parks around the country (but especially at SeaWorld Orlando), 2016 needed to be a hit. And with the brand new, record-breaking roller coaster Mako debuting in the summer with plenty of buzz, everything looked to be set for this park to finally have that good summer they’ve been talking about since 2012.  Unfortunately, that didn’t happen.

Just this past August CEO Joel Manby set expectations during an earnings call saying that he wasn’t sure that SeaWorld had ”hit the absolute bottom” quite yet, implying that even though things have been bad for the park, they could get conceivably worse. And then the worst news of all came late Monday afternoon for the theme park giant: the company will be suspending dividends for stockholders, with money instead being deployed into "opportunistic" share repurchases as part of an aggressive stock buyback program.

Now if you're not well-versed in the business world, this may not sound like that big of a deal. However, when a company suspends paying out dividends, the implication is that they are looking to conserve capital because they are becoming financially constrained. In the case of SeaWorld, this doesn't seem like a very farfetched notion, as the company reported via its financial results earlier this year that it only had $29 million in cash on hand last quarter, way down from $52.9 million in the previous year.

This may be bad news for shareholders, but it could also be some very bad news for the theme parks as well, though not in the short term…

The future just got really cloudy… 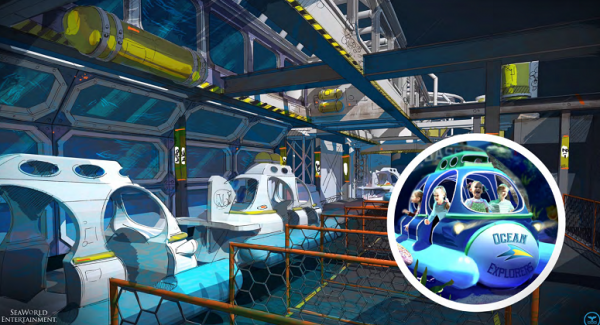 In the short term, this bad news changes absolutely nothing at SeaWorld parks around the country. All of the attractions will continue to run, Halloween and Christmas events will go on as planned, and visitors will continue to enjoy everything that a day at a SeaWorld park entails. However, ambitious plans for the future may be altered or scrapped.

Back in 2015, when SeaWorld was anticipating that 2016 would be a banner year at the park, they announced that they were developing a brand new "rescue"-themed dark ride for SeaWorld Orlando that would allow guests to follow along with SeaWorld rescuers into remote locations across the globe. Though SeaWorld didn't announce where this ride was going in the park, they said that they were targeting a 2017 opening for the ride. And that was the last we heard of it.

Of course, while this most recent round of bad news doesn't automatically mean this new ride has been pushed back or scrapped, considering the Blue World project (which went from announced to abandoned in less than two years) followed a similar trajectory, such a development seems very likely in this case, as SeaWorld may well not have the budget to spend on such an ambitious attraction. Couple that with the lack of updates regarding this project (which will miss its 2017 completion date in just 15 months), and it seems very likely that if we do ever hear about this project again, it will be to announce a delay. 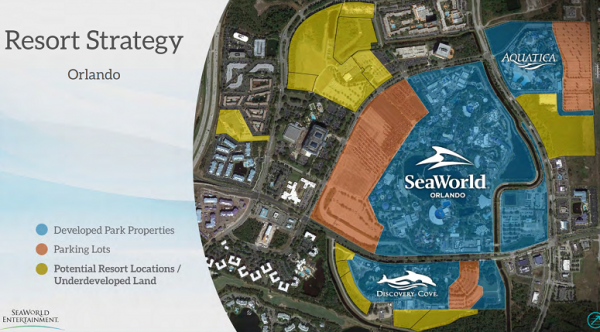 Similarly, SeaWorld Orlando's previously announced plans to build up hotels around the park have also likely been either scrapped or put on hold indefinitely as the park will likely be devoting all of its resources in the coming months to staying in business in the face of what has truly been the park's worst year yet.

As a first time visitor to sea world I was unsure whether to go to the park. I watched blackfish and it made a compelling argument not to attend, that being said as an adrenaline junky I wanted to ride the rollercoasters. I didn't enjoy my day there for 2 different reasons. The animal exhibits, I found it hard to justify why it's necessary to make these animals perform for our entertainment - it's not educational and I felt uncomfortable watching the shows. That being said having spent the previous week at Disney and universal, the guest experience at sea world was lacking, paying for lockers, closed attractions and rude staff just seemed to make for a bad day. It felt like the staff didn't care about the experience of me as a guest - this is what makes you come back to a park, maybe I'm expecting to much but the people at the other parks where friendly and helpful and made every effort to ensure I was having a good time.

We visited SeaWorld from the UK in July (staying at the wonderful Renaissance opposite, which is linked with benefits). We enjoyed our visits to the park, and the meal deal was very good value, but we found it really disappointing that the Tower was closed yet again - I can't remember when it was last open for us, probably 2009, and for someone who doesn't like roller coasters or simulator rides this was a big minus. Coupled with that, the Clyde & Seamore show was purile (much preferred the old show) and there was no longer an acrobat show. While the staff were friendly & behind the scenes rescue tour was great, there wasn't an awful lot left for me which would make me question whether to visit again if Our eldest roller coaster mad son was not with us.

This review of seaworld I should from a family vacation August following a 6 year gap in visit. July 2010 being of previous visit.

The park seems desperate to emulate the Disney Universal Crowd, rather than differentiate. I love seaworld, despite blackfish, and love the conservation elements of the park. In August the park seemed understaffed with the closure of the children's area whilst the killer whale shows were on, staff seemed to be redeployed to the showcase attraction. No signage but rides and net climb roped off.

A general maintenance problem saw many rides closed during our few days there. MAKO was a great new ride but I had heard little of this new attraction before my arrival in the sunshine state. Colossal queues for food, they continually pushed the photo key package despite no signage telling you how much!. I love Disney photopass but the abundance of photo opportunities is what makes it worthwhile.

In order to cease its decline and I think sea world needs to do the unimaginable and stop trying to be like Disney/ Universal. Step out and be different - stop charging for parking! Remove the many unnecessary gift shops and focus on the animals, make them the stars of the park again!

Always liked Sea World and applaud the conservation efforts. This opened the good to people who would not necessarily think of the Ocean it's inhabitants and their survival.Plan to go again next year. It would be a terrible loss.

Simply put,.....ALL the Orlando parks are now pricing out about 80% of US family's,.....So ALL of Orlando has lower Attendance Levels, Disney is seeing a decline, USF is seeing a Decline, and Sea World being the third choice is feeling it the most.

then even if they do manage to save up for it, they arrive at parks who keep raising prices, while cutting back on Parades, Shows, maintenance, and more?

Not a good Business plan, If prices in the Orlando parks come down to match the current USA income levels, The Guests will once again return.