Though some people may treat Walt Disney World's water parks Typhoon Lagoon and Blizzard Beach as just an afterthought, the parks are actually the most-attended in the United States, drawing millions of guests every year.

While Disney hasn't exactly been giving these two parks a lot of attention in recent years, it looks like that may be changing in the near future, as a number of updates have been confirmed to be in the works for at least one of Walt Disney World's water parks. However, not all of these changes are positive, so let's get the negative one out of the way first...

1. The Shark Reef attraction at Disney’s Typhoon Lagoon is (finally) closing in just a few weeks 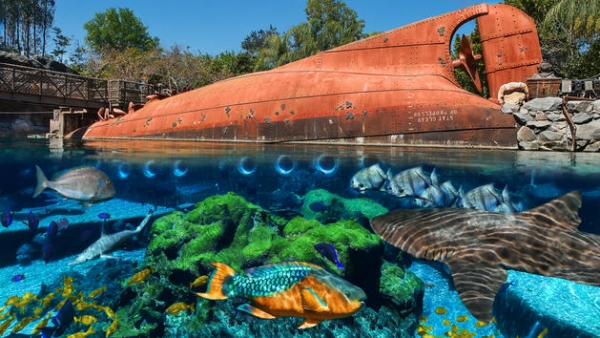 Though its demise has been rumored since 2014, Disney confirmed earlier this month that the Shark Reef snorkeling attraction at Disney's Typhoon Lagoon, which gives guests the opportunity to snorkel through a sunken ship in a temperature-controlled saltwater pool complete with sharks and tropical fish, will be permanently closed after October 2, 2016 (which is incidentally, the last day for a number of other attractions as well).

While this wildlife experience was definitely an interesting part of a trip to Disney’s Typhoon Lagoon (and guests who didn’t want to wade into the chilly 70 degree water could check out the sharks and other fish in this tank from a nearby underwater observation area), Shark Reef has had a number of problems over the years, frequently closing unexpectedly or going down for refurbishment for days or weeks at a time.

In addition, this animal experience was reportedly one of the more expensive attractions at the park to upkeep. Couple this with the fact that guests often complained that the water was too cold and the experience too short (Cast Members working this attraction direct guests to swim straight across the 100 x 23 foot pool one time and then get out immediately), and this closure does make some amount of sense, even if the Shark Reef attraction was a fan favorite. 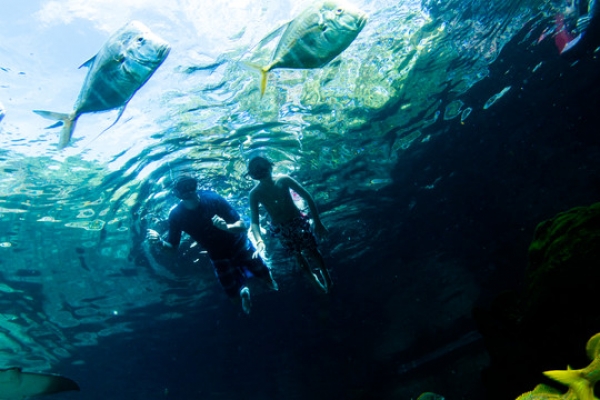 Unfortunately, Disney has also confirmed that it will be relocating the saltwater fish that currently inhabit this attraction, which means that the underwater viewing area will also be going away in the very near future. No announcement has been made about any kind of replacement for Shark Reef, and we wouldn't be surprised if Disney just removes the attraction signage (as well as the fish) and leaves this pool as-is at the park (it's very small). However, just because there isn't going to be a new attraction in this same spot doesn't mean that there aren't any new attractions coming to Walt Disney World's water parks anytime in the near future.

I feel nothing will happen to Blizzard Beach, it's too popular and I think Disney is waiting to see how Universal's Volcano Baybturns out and will try to copy it. That's my opinion.

Shoot, I was at Typhoon Lagoon for the first time in ages this past June, and decided to skip Shark Reef since the park was busy. Now I regret it. This is very sad, a unique attraction for water parks and so worth it even if it is short. The 'cold' water is so refreshing on a super hot day also.