If you are planning a trip to Walt Disney World this fall, there will be plenty of new things to do around the resort. All of the attractions that debuted this past summer will still be there to check out, a new Muppets-themed show will premiere at the Magic Kingdom, and if rumors are correct, you just might be able to see the long-awaited opening of the Rivers of Light nighttime spectacular at Disney’s Animal Kingdom

However, even though there are plenty of interesting things to see and do this fall, there are some troubling developments happening right now at Walt Disney World that seem to indicate budget cuts are happening behind the scenes this fall.

1. The holidays are being upgraded at Disneyland, but downsized at Walt Disney World 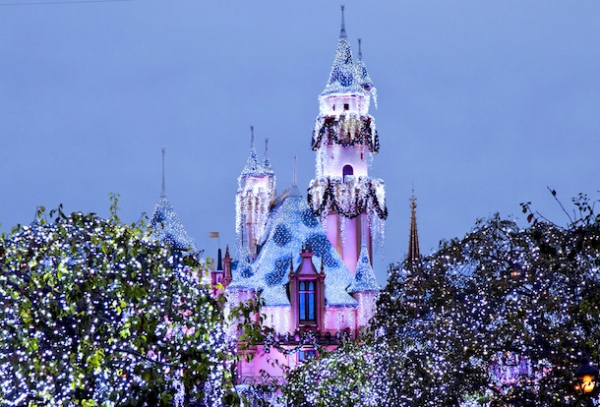 Earlier this week, Disneyland Resort confirmed some big plans for the 2016 holiday season. Disney California Adventure will be introducing a new, seasonal version of World of Color known as Season of Light, and is also kicking off a new winter event known as the Festival of Holidays which will bring multicultural activities and entertainment as well as 14 themed festival marketplaces to the park. And over at Disneyland park, the park will be bringing back the popular Sleeping Beauty’s Winter Castle overlay as well as the Believe…in Holiday Magic fireworks show. With such an amazing lineup of new and returning holiday events, this winter looks like it will be a great time to visit Disneyland Resort. But what about Walt Disney World?

While you may think something equally as impressive might be announced for Orlando, thus far the only new addition for 2016’s holiday season at Walt Disney World has been a new stage show for the Mickey’s Very Merry Christmas Party upcharge event, which you can read more about here. Aside from that Epcot will still have its Holidays Around the World event (which includes the Candlelight Processional), and Disney's Hollywood Studios as well as Disney's Animal Kingdom will decorate for the season. 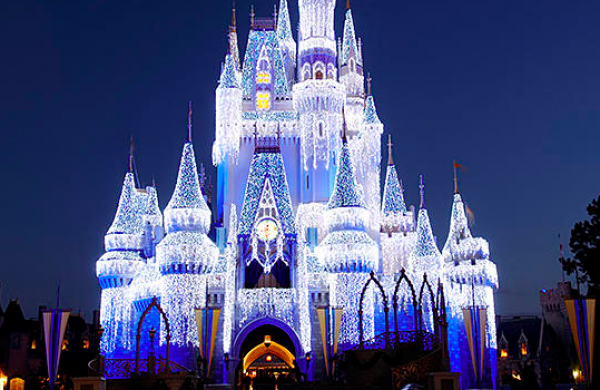 Unfortunately, this anemic lineup is not only underwhelming, but it also leaves Walt Disney World at a net loss for the holiday season when compared to the past few years, as the Osborne Family Spectacle of Dancing Lights was officially retired in 2015, which leaves Disney’s Hollywood Studios with no special Christmastime entertainment whatsoever. While some were hoping that Epcot might bring back its seasonal Lights of Winter attraction (which was retired in 2009), no announcement has been made regarding this and with less than two months to go before the holiday season kicks off at the resort in November, if something like this were to be announced, we'd imagine it would have already happened by now.

While the holidays at Walt Disney World (and the Magic Kingdom in particular) are always special, East Coast Disney fans would be forgiven for being a little jealous of all the holiday offerings being introduced at the Disneyland Resort this year, and it seems baffling that the most-attended theme parks in the world aren't doing something a little extra for the holiday season in 2016, especially as attendance has not been great this year, and doesn't show any immediate signs of improving.

I think a much larger problem for EPCOT is not budget, it's imagineering. Attendance may have dipped for WDW but profits are still up. So I don't think the lack of replacement is a budget issue. Closing Sum of all Fears and other parts of Innoventions, yes that may be budget. Why keep things like that open when everyone is in line for Test Track, Soarin' and Frozen? But budget is not what will keep them closed, that fault/issue lies with imagineering/the tech industry. EPCOT was supposed to give us a glimpse into the future, then the future not only caught up with EPCOT it surpassed it. Innoventions relys on being at the cusp/ahead of the technology of the day, and that gets crazy expensive. Why spend thousands on top of the line tech that 1) will only hold people's interest for a few months 2) will need to be replaced within a year or two for more thousands. It's lose-lose.

And who's fault is that! If Disney had not gotten so greedy and hiked up the admission to the place families could not afford to go to the "Happiest Place on Earth"! I can't afford to go anymore! No pity from me!

You would think the executives would be smart enough to understand that the more they cut the fewer people will come. This is a vicious cycle that will continue the downward spiral until what is best for the parks comes ahead of what is best for the executives. You can bet that they will continue to choke the parks rather than cut their own pay.....

Gee how about all those high priced executives taking a pay cut, before short changing the public....and how about bringing down the prices. It's gotten too expensive for a family to go. My husband and I went two years ago and didn't bat an eye at what it costs. We want to go back next year, but the cost is getting to be a bit much!