Earlier this week, the Jungle Book: Alive With Magic show took its final bow, and Disney’s Animal Kingdom subsequently reduced its operating hours, now closing nightly at 9:00PM for the rest of September.

However, even though these two developments might sound like bad news for this park, guests who are planning on skipping a nighttime visit to Disney's Animal Kingdom because of these developments may actually want to reconsider this idea. And here’s why...

1. Evening wait times are virtually nonexistent thanks to a number of factors

Though the official end of summer and the arrival of the “slow” fall season have decreased wait times at all four of Walt Disney World’s theme parks, the biggest slide in recent days has been at Disney’s Animal Kingdom after dark. With no nighttime spectacular to draw guests, attendance at the park this past Tuesday in the evening hours was way down, with attractions like Kali River Rapids and Expedition Everest all posting wait times of ten minutes or less. And while this was just an observation from just one day, there are some other things happening around the resort that suggest that evening wait times will stay low at this park in the coming weeks as well.

In addition to natural tapering off of crowd levels at this park in evening hours as well as the beginning of the slow fall season, there’s also something else that will contribute to the light attendance at this park after dark: the arrival of seasonal events at other parks. The Magic Kingdom will have Mickey’s Not-So-Scary Halloween Party happening select nights this September and October, and of course Epcot will bring back the International Food and Wine festival in just a few days, and both of these events are expected to draw big crowds (as they always do) this fall. And as guests flood these two parks in the late afternoon and evening, they will be moving away from Disney’s Animal Kingdom, which will benefit guests who want to experience this park at night with as small of a crowd as possible.

2. You can now enjoy all the good nighttime entertainment at this park 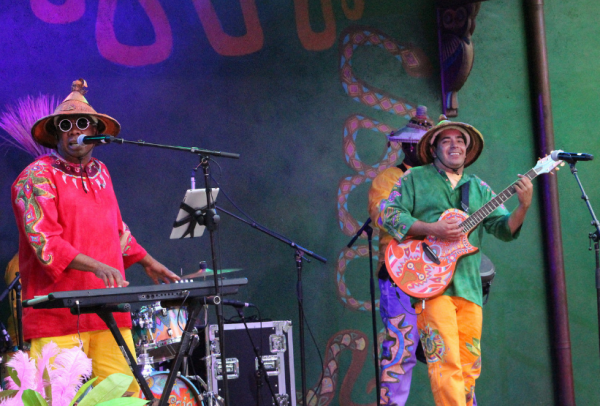 It's no secret that Jungle Book: Alive with Magic wasn't exactly the most beloved nighttime spectacular to ever debut at a Disney park. And now that this temporary nighttime entertainment has ended its run (as well as DJ Dino-Mite) what's left at Disney's Animal Kingdom...is actually all of the best evening entertainment that premiered earlier this year. This includes the wonderful Tree of Life: Awakenings show (which is worth the evening trip to Disney's Animal Kingdom alone), as well as the swinging Discovery Island Carnivale and even the Harambe Wildlife Parti. Though these entertainment offerings won't go on as long anymore thanks to the 9:00PM closing time, they are still a lot of fun, and guests who can check them out on an evening trip to Disney's Animal Kingdom this fall definitely should.

Dinosaur had the shortest wait time ever. None, because it is closed...