It’s no secret that there’s not a lot to do at Disney’s Hollywood Studios these days, ever since Disney closed nearly half the park earlier this year. And while 2016 has already been a hard year for fans of this park, it looks like the hits are still coming, as even more closures could be coming very soon to this park, including a few we did not expect as well as a temporary refurbishment with some interesting implications. 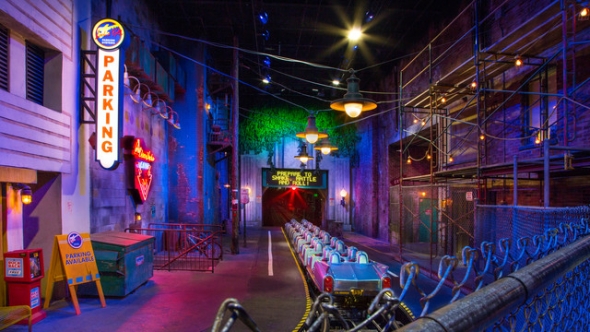 It was confirmed just a few days ago that the Rock ‘n’ Roller Coaster Starring Aerosmith would be going down for a brief two week refurbishment at the end of October and heading into November. Normally, a two week refurbishment for any attraction wouldn’t be all that noteworthy, as it would ordinarily imply that the attraction was being cleaned up a little bit and perhaps some of the interior equipment upgraded. However, the situation with the Rock ‘n’ Roller Coaster is a little bit different when you consider a recent change that has happened at Disney Hollywood Studios. And no, we're not talking about a certain obscene gesture by Steven Tyler.

Last month we alerted you to a merchandise change happening both at Disney parks as well as at the larger Disney Store that involved the sudden removal of all references to the band Aerosmith from all shirts, pins, and other merchandise from this attraction. And with rumors running rampant that this attraction is ready for a re-theme, could this refurbishment actually signal the long-rumored end of the Aerosmith soundtrack at the Rock 'n' Roller Coaster? 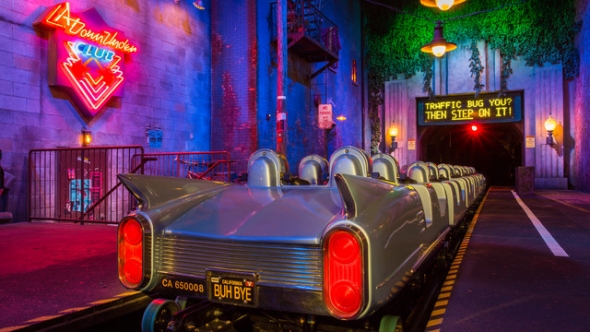 Though nothing has been confirmed by Disney about this attraction just yet, considering the aforementioned merchandise change as well as the timing of the refurbishment (right before the busy holiday period), we’re thinking the possibility of a re-theme after this temporary downtime isn’t all that farfetched any more, and if you count yourself as a big fan of Aerosmith, it would probably be in your best interest to get to the park for before the end of October for another ride just in case the rumors about a new soundtrack for this attraction actually turn out to be true after all.

I thought the Star Wars: Galactic Spectacular was the freaking coolest thing I've seen since Fantasmic. As for Star Wars: A Galaxy Far, Far Away--I like that show, too. Especially Darth Maul's moves with his lightsaber--that's particularly cool.

There will be a rebranding... just like them rebranding tower of terror due to contracts

You might want to check your facts on the star wars fireworks. Disney has times and dates posted up untill 11/05/16. But nothing posted after that.

Where do u get your info??? I guarantee u Star Wars is not going down!!!

As of Thursday, September 8, there were still Aerosmith shirts available in the gift shop at the end of the ride. Most interesting here is that a notice to commence construction has been filed for the courtyard area outside the ride which includes the queue and the area all the way up to the gate.